Ukraine Is Not a Chess Piece, It Is Our Soul

We, the Rus: Russians, Belarus and what is now termed Ukrainians, as well as the Carpatho Russians, Transnistria Moldovans and much of northern Kazakhstan are one people of one stock and primarily one faith. 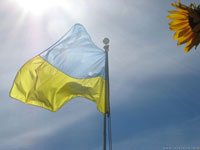 Ukraine Is Not a Chess Piece, It Is Our Soul

After our first capital was moved from Novgorod (modern day Russia) to Kiev (modern day Ukraine) after the city was liberated from the Khazar yoke, Kiev became our spiritual, moral and religious, as well as physical capital. The land of the Rus was even named Kieven Rus. For three hundred years, until the Mongol invasions of the 1200s, it stood this way. There was no such thing as Ukraine (the Edge), how could there have been an edge in the heart o four great nation?

When the Mongols arrived and kniaz Stanislav of Kiev choose to fight, they burned the city to the ground. Many of our cities were sacked and whole areas depopulated, especially in what is now modern central and southern Ukraine. Greeks were equally wiped out from their age old colonies along the south of Ukraine and the Crimea. Thus was created the “Edge”, Ukraine as the enemy settled and created the Crimean Khahanite.

Our shattered nation, many of its kniaze (princes) and their dryzinas (friendship bands) fighting to the bitter end asked our Christian brothers in the West for aid. Aid? Considering what they gave us, we would have been better with none, for instead of aid, they gave us Crusades, as they plunged Catholic blades into our backs as we stood face to face with the Asian plague. Poles, Lithuanians, Teutonics and Swedes, swept into our lands, conquering where they could, being repulsed where we could, but draining us, none the less.

Thus did a shattered and burnt Kiev, trying to regain its footing, first become a prize of Lithuania and then as the capital of the Catholic colonies at the heart of our lands as the joint Polish-Lithuanian monarchy. Central Kieven Rus was first bereft of people by Mongols than by the Catholic Poles and Lithuanians. The Carpetho Russians were cut off from the rest of their brothers, and still remain so to this day.

Since the Mongols first presented the opportunity, it has been the drive of first the Lithuanians, then the Poles, then the Prussians, Austro-Hungarians, British, French, Germans and now Americans to rip away our soul, our heart lands, that Kieven Rus would not rise again. But we are not small Serbia with its Kosovo.

The Polish rule even reached Moscow itself, twice, though they could not hold it, but they had no problems burning it and massacring the population. Our National Day is when two Russian people’s armies, under the command of a butcher: Kuzma Minin and a minor noble: kniaz Pozharsky defeated the Poles and retook what was left of Moscow, thus ending the Great Smyta (Times of Troubles) in 1613. It took another hundred years to throw off the Polish Yoke totally. The Poles say they came to bring us “civilization”, they did it with sword and torch.

After three hundred years, we had reclaimed our lands, reunifying all of the core Kieven Rus principalities, all of core Mother Russia, be the capital Novgorod, Kiev, Moscow or at that time, newly built St. Petersburg. It stayed that way, regardless of the games played by our neighbors or wars waged upon us by the British, French, Austro-Hungarians, Prussians and Turks.

Not until WWI and the 1917 Revolution (sponsored first and foremost by Wall Street and London), did we lose Ukraine again, through Lenin’s disastrous Treaty of Brest-Litvosk to the Germans and then the anarchists. Most of this was regained now under Soviet Rule, after the Whites were further backstabbed by the West and the Japanese. Western Ukraine and Belarus, however, remained under the rule of the new Polish fascist state (after their1926 revolution), where concentration camps were in action for Orthodox Christians who refused Rome’s embrace. In 1939, the territories that Soviet Union took from Poland were those very territories which were not there’s in the first place. The reunion was short lived when the Nazi regime and their allies invaded in 1941 and it took until 1944 to regain them again and cleanse the Nazis out.

Again, in 1991, we lost our heart lands, a catastrophe that has yet to be corrected but will be. While the fall of the West imported Marxists, was a great event, the dissolution of what was still the Russian Empire and the loss of our core provinces in Ukraine, Belarus and Kazakhstan, into separate states, was another great disaster: one sponsored by the West and to its sole West.

The West, and the Anglo-Sphere in particular, has spared no efforts on tearing away Ukraine from Russia, at any cost, even the lives of thousands of Georgian soldiers in South Ossessia, to create a situation to try to force through Ukraine into NATO, against the wishes of over 70% of the Ukrainian peoples. They had to take such efforts because their Orange victory in Ukraine was collapsing without having reached the desired goals. The staged production of the Yushenko-Timoshenko show, wrecking the lives of tens of millions of their citizens and the nation’s economy, will be fully done in the January 2010 elections. They have tried to force Russian, the native tongue of half the population, out of the country, to replace it with “proper” western Ukrainian, little more than debased Polish. They have created their own, non-recognized “patriarch”, stealing Russian Orthodox Church lands from the Moscow Patriarchy. They banned much of Russian media, against the wishes of their people and black listed many Russian citizens from coming into what is Russia’s heartlands. They helped murderer Russian citizens by sending weapons and mercenaries to Saakashvili the Genocider and Eater of Ties.

As Zbigeniew Brzezinski has said, if Russia ever gets back Ukraine, it will be unstoppable, no longer on her knees to be abused by those who have long ago let go of Christ. To that end, they push an unwilling population into NATO and EU, seeking to forever cut the bond of our family, to steal the patrimony of all the people of ancient Rus. To grab the resources they need and to come one step closer to destroying out Holy Russia and subjugating our people, and ripping away our Orthodox faith.

Enough! The government of Russia must make it absolutely beyond doubt and clear in plain, pure and brutal language, to the West: Ukraine’s entry into NATO will be an Act of War. The West, despite their pretty words, has ever only respected two things: power and money.

The Orange regime is bound by law, passed by the Rada (parliament) to hold a nation wide referendum on moving towards NATO or the EU. Knowing the will of the people stands against this, they have ignored the order of the parliament and as such have relinquished their right to rule. If Kiev, whom ever comes to power in 2010, continues to ignore the will of the parliament and people, our Duma must pass a resolution to accept any and every Ukrainian oblast that referendums and petitions to join Russia, into the Russian Federation.

The West must fully understand, we will not surrender our souls and for this we will absolutely fight. Russia is not Serbia with Kosovo or Israel with East Jerusalem and Judea. We can and will make our will heard and respected, even if it takes drawing our sword and making our stand. Gogol’s Taras Bulba would have done no less.