I starred having nightmares after I received a letter from Kiev with an invitation to visit the places, which I remembered for my whole life in the spring and summer of 1986. I believe that each and everyone of 600,000 people, who came through the nuclear hell at that time, would feel the same. 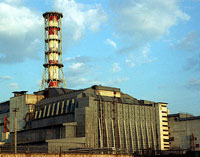 Unfortunately, many of those people, who became known as ‘liquidators,’ are no longer with us. They will not be able to read the letter, the bitter words of which rammed into my soul. The letter said:

“We will see the Chernobyl Nuclear Power Plant and the Sarcophagus above the demolished nuclear reactor. We will plunge in the atmosphere of the abandoned memorial town of Pripyat and wander along the streets of Chernobyl.”

That was a part of the invitation for a tour of Chernobyl. These excursions are offered every day; the price – 200 euros.

Infarctions, strokes, cancer diseases, deterioration of joints, the loss of teeth and many other ailments, which are hard to count, cost a lot more than just 200 euros. The tours to Chernobyl seem to be very cheap at this point.

I was surprised to find out that the town of Pripyat was a memorial. It just so happens that the homes, which people left speedily, the apartments with scattered toys on the floor, the curtains that blow in the wind because the windows were broken long ago – all of that is a memorial?

I would not recommend tourists to stay too long in Pripyat – the radiation level there is still high. If someone tells you that it is an absolutely safe place – don’t believe that.

Thousands of liquidators were subjected to lethal doses of radiation in the woods as they were cutting the radiation-contaminated trees. The doses were similar to those, which affected those working on the roof of the machine hall. The liquidators were putting away pieces of fuel, concrete and steel which had erupted from the mouth of the exploded nuclear block.

The administration of the nuclear plant does not allow tourists to ascend to the roof, but it is possible to walk on the Sarcophagus, at extra cost, of course.

Making money at all costs is a peculiar feature of modern-day life. Two generations of people try to do it contrary to all moral rules and norms. The number of unusual offers is more than enough. A tour on board an icebreaker to the North Pole, a flight to the International Space Station, a search for treasures on the bottom of the ocean – all of that is available nowadays. If you have money, a lot of people will be happy to take it from you, and all of your dreams will come true.

However, I believe that there is a line that one should not cross. This goes for the Chernobyl tourism.

The tragedy of April 26, 1986 affected millions of people – those who suffered from the radiation cloud and those who liquidated the consequences of the catastrophe. The consequences are still there, because Chernobyl is forever.

Who gives a right to make a show of the tragedy?

It will take many decades to minimize the consequences of the Chernobyl disaster. A new Sarcophagus will have to be built, which will require the heroism of thousands of people again. The damaged reactor may wake up again, but tourists are told that the nature there is wonderful. It is not wonderful, it is dangerous!

The town of Pripyat is not a memorial at all. It is the price that we had to pay for being so light-minded.

I’d like to know – what if our modern-day entrepreneurs lived in middle ages, would they invite tourists for witch-burning ceremonies, inquisition tortures or guillotine executions? I think they would.