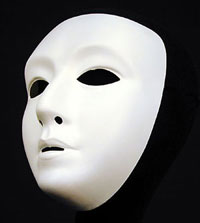 On Tuesday, September 22, as he was getting ready to enter the cockpit of his Transavia plane to fly back from Valencia to Holland, Argentinian-Dutch pilot Julio Poch was arrested by Spanish police. The arrest was made upon the request of the Argentinian government. It wanted to put Poch on trial for his part in the brutal repression of dissenters and opponents of the military junta—led by General Jorge Videla—that came to power through a coup-d'etat in 1976.

According to his personal page on Linkedin, in 1988, a mere five years after the military junta was forced out of power by its pathetic mismanagement of the economy and the lost Malvinas/Falklands War against Britain, Poch joined Transavia as a pilot. Transavia must have been glad to hire this experienced pilot.

Flying Dutch-made Fokker aircraft, Poch had participated in the systematic liquidation of untold numbers of defenseless prisoners, who were brought on board drugged and handcuffed and then flown to the icy waters of the South Atlantic to be pushed out. It is estimated some 4.500 people were killed in this fashion.

Argentina is unique in prosecuting not only the junta members responsible for the savage violations of human rights and the torture and killing of thousands of fellow-citizens. It is also making efforts to bring to justice the perpetrators at the lower echelons. After all, according to the jurisprudence setting the framework for crimes against humanity—the Nuremberg trials—every individual also has a personal responsibility and cannot defend his actions by alleging these were ordered by superiors. If an order runs against universally accepted, elementary human rights, one has a higher duty not to obey it. If former SS men like Klaus Barbie and Erich Priebke could not hide behind the argument of having to carry out orders and neither will Julio Poch.

If Poch is tried and found guilty of the charges brought against him, he will follow several other former officers of lesser rank that have been put behind bars in Argentina.

So far some factual dimensions of the Poch case. Its wider significance and implications are interesting to say the least and also have a twist of irony.

First, it is noteworthy that Poch could come to the Netherlands, find a job there and even acquire Dutch citizenship, without anyone checking his professional history. As recently as 2004, the Dutch intelligence service ran a check but could not find anything against Poch. Thus, either this secret service is not worth its salt, or it is not telling the truth (not uncommon among this sort of services).

Second, in Europe Poch participation in what was then termed the “fight against subversion” or “leftist terrorists” would nowadays probably be considered defensible and justified, as it was under the Argentinian military dictatorship.

After all, the Netherlands, as a member of NATO and as a US client state, is taking part in the unlawful occupation of Afghanistan and the neocolonial war against the Afghan people. It has 1.800 troops in Afghanistan. Spain, where Poch was arrested, has 800 men in Afghanistan. So far, the number of Afghan civilian deaths is probably at least some 50.000. It could be argued one cannot compare apples and pears. But is it really a matter of apples and pears?

The point is that thousands of people are being killed for no other reason than that some government has branded them enemies. So what if the Afghan victims are not taken aboard military transports and pushed out over some body of water? They may get killed instead by drones, bombs, bullets, artillery and mortar shells, heavy machine gun rounds, but they are killed. Killed by foreign armies of occupation, whose soldiers are on a raping and looting spree lasting eight years now. The Spanish army took part in the conquest of Iraq in 2003 and the Dutch army participated in the occupation, thus sharing the responsibility for the killing of 1.2 MILLION Iraqis.

It is not the first time in recent history European NATO forces forces have been accomplices in massive violations of human rights. For example, in 1995 the Dutch army permitted the slaughter of thousands of Bosnian civilians at Srebrenica and in 1999 the Dutch air force helped bomb Yugoslavia, killing some 9.000 people. All for the elevated goal of upholding of “Western values”, just like the Argentinian military dictatorship claimed it was defending “Western Civilization”.

What exactly is the difference, I ask you, between the Argentinian junta and todays Western European regimes? Certainly there is no difference in the regard they have for human life and human rights!

The Dutch, like the champions of hypocrisy they have always been, have been playing a dubious role in the Poch case. First they let him into the country and give him a nice job and a passport. Then, according to Argentinian news sources, the Dutch foreign minister—a man who deserves to be tried for his share in the NATO war crimes in Afghanistan and Iraq—helps extradite Poch to Argentina. Spain's role is hardly less devoid of hypocrisy, as befits a country that has been so long in the clutches of the most fanatical and backward outgrowths of Roman Catholicism.

Nevertheless, the European media do not seem to understand the significance of the Poch case and others like it. That is understandable. To even pause and reflect on it for a minute would lead one to ask uncomfortable questions about Europe's current involvement in the truly massive human rights violations in Afghanistan, Iraq and the Balkans. The media and the public prefer to look the other way and think of something else. Just like many Argentinians were doing at the time of the military junta.

However, Argentinians have recognized their error and as of today are still settling accounts with their past. Let us hope one day Europeans will be able to follow their admirable example.