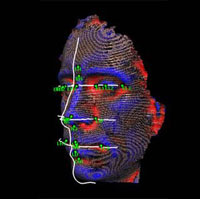 People often wonder how all the varieties or "races" of people could come from the same original human ancestors. Well, in principle, that's no different than asking how children with different color hair ( i.e., blond, brunette, brown, red) can come from the same parents who both have black hair. Just as some individuals today carry genes to produce descendants with different color hair and eyes, humanity's first parents, Adam and Eve, possessed genes to produce all the variety and "races" of men. You and I today may not carry the genes to produce every variety or race of humans, but humanity's first parents did possess such genes.

Many people have wrong ideas about evolution. For example, in November of 2004, articles appeared in major U.S. newspapers saying that running may have contributed to the evolution of man.

The simple fact is that physical traits and characteristics are determined and passed on by genes - not by running or any other form of exercise. Traits or characteristics which are acquired fromthe environment simply cannot be passed on to offspring (i.e. a woman who loses her finger will not cause her baby to be born with a missing finger; changing the color and texture of your hair will not affect the color and texture of your children's hair. Even if an ape ever did learn to walk and run upright it still would not be able to pass on this trait to its offspring. Only the changes that occur in the genes (genetic information) of reproductive cells ( i.e. sperm and egg) can be passed on to offspring. That is a simple fact of biology.

For an in-depth study of the subject, please read the large version of author's article "The Natural Limits of Evolution".

The author, Babu G. Ranganathan, has his B.A with concentrations in theology and biology and has been recognized for his writings on religion and science in the 24th edition of Marquis "Who's Who In The East". The author's articles may be accessed at www.religionscience.com.