The Left, the Right and the future

Many were the victories of the political Left over nearly two centuries, wresting the power from the hands of the few who dominated capital, resources and wealth and restricted public services to a business game, serving the interests of the clique of elitists who controlled the world’s societies. However, far from being defeated, the Right is ressurgent. 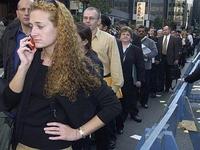 The Left, the Right and the future

In the Estates General in France in 1789, Montagnard and Jacobin deputies from the Third Estate started sitting on the Left of the President and thus began the term Leftist, which at first represented those supporting the Republic against the Monarchy and over the next century, social causes centering on egalitarianism, embracing universal free education, workers’ rights, women’s rights, democracy: supporting the right to vote, the right to a minimum income, safe working conditions, the Trade Union movement and attacking slavery, physical and mental abuse by those who controlled wealth and the control of society through instruments such as the clergy.

It was a tremendous victory for the Left that all of the causes it embraced were eventually adopted as policy by the political formations which held power, mostly in their turn controlled by Conservative forces which understood that to retain their grasp on resources, they had to go with the flow, not necessarily because they wished to share power or embrace the causes put forward but because they saw the need to put on a semblance of interest and while doing so managed to temper down, over the years, the more populist demands from the Left, skilfully managing to label them as radical and extremist and adopting the “lesser evils” they expounded as policy.

Coupled with this strategy was the manipulation of the media, controlling public opinion, shaping it carefully, radicalising and marginalising any movement which placed demands which would wrest control of wealth from the hands of the elitists and distribute it fairly. Demonization of Communists and Leftists has managed to create idiotic and false images of danger in the hearts and minds of what are supposed to be intelligent people, while the Right (the elitists, those who hold the reins of power and who control resources) launch a hidden counter-attack.

Today, the Left is under threat because all of the tremendous victories it gained are being chipped away at, piece by piece. No longer is there a free National Health Service, no longer is there any such thing as a free public education. For instance, those who wish to take an MBA in Barcelona will have to fork out 70.000 Euro, plus expenses. Who has 100.000 Euro available for a degree? Disinvestment in public services renders the gains made over decades absolutely useless and places in question the entire programme launched, defended and supported by the Left since 1789.

And what has the Right achieved? The destruction of the Welfare State, rising poverty, a greater gap between rich and poor nations, the refusal to adopt a universal strategy on environmental protection, a social and employment model with endemic levels of violence and unemployment, chronic joblessness, a near-impossibility for young people to buy a house, diminishing pensions; in a word, insecurity.

Where does the Left stand today? Basically, divided, mortally divided and very often controlled by childish incompetents who have failed totally to sell a very sellable product, who have not known how to market the most marketable of ideas, preferring to live with their backs turned to other Leftist movements, allowing the deepest of divisions to render the Leftist policies open to being picked upon by the Right, singled out and ridiculed and therefore cast aside as derelict, irresponsible and not “doable”.

The Left stands for workers’ rights, for women’s rights, for children’s rights, for a free universal education, for a universal environmental policy, for decent wages and pensions, good public services, a free healthcare service, adequate public transportation, security in the streets, a Green future in a world of equal rights and opportunities, total employment, accessible housing. The Right has collectively failed to deliver a single one of these policies.

The way forward for the Left is to counter the Right in the only argument it finds to justify its existence: public finances. “How to pay for it? A nice idea, but who finances the services?” Try going out on the Internet and you will find that the websites dedicated to explaining this area are systematically hacked (as are many of those which defend Leftist ideals) and the ones that exist remain obscure to say the least.

Information on public finances is scant, and purposefully so. So here is the heart of the question for future generations of Leftists who wish to create a real egalitarian society, protecting human rights and not destroying quality of life, creating the society that the Right has proven utterly incapable of delivering, and by “Right” one includes Social Democratic parties, Socialist parties and Christian democrats, apart from Conservatives and Liberals.

For a start, in response to the Right, who finances NATO? And who elected NATO to dictate foreign policy in the first place? Why was trillions of dollars suddenly available to bail out the elitist financial corporations? Why was this money never found to pay for decent pensions for instance? Or healthcare? Or education? So do not insult us saying there is no money because when it is needed to protect the interests of the “haves”, it is readily available – and a lot of it.

The Left has to concentrate on studying public finances and seeing that indeed there are a million and one ways in which to fund projects which after all guarantee our future on a sustainable basis. And the Left has to concentrate on core values: full employment, free universal education, free and universal healthcare programs, security on the streets, women’s rights (including the right to maternity and a career), guaranteed and indexed pensions, free leisure time activities, cheap and efficient public transportation, to name just a few fundamental and basic areas.

And it was not the Left that manipulated the media to create negative images of socially progressive regimes whose single goal was to enhance the quality of living of their citizens and to guarantee a peaceful co-existence for Mankind.