The Freedom of Religion

In Minnesota, life saving treatment was withheld from a 13-year-old cancer patient on orders from his own parents. In Indiana, a distinguished African American leader, along with 18 others were arrested for protesting the choice of President Barack Obama as a college commencement speaker because of his support for abortion rights. And in California, a beauty queen, eerily reminiscent of Anita Bryant, announced what amounts to a pogrom against homosexuals. These were the headlines on May 15, 2009, just an average day in the long march of American History. 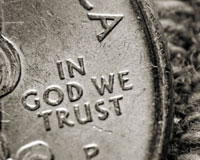 The Freedom of Religion

It’s a strange thing because the demons of child abuse, sexism and bigotry ought to have been completely excised from the American psyche in the first half of the 20th century. The price was terrible enough. The blood bath of the Civil War, the 70-year struggle for women's suffrage , and the long aguish of America’s children, from the orphan trains of the early 1800’s to the Fair Labor Standards Act of 1938, were but installment payments made along the way. Yet here we are, about to plunge into the second decade of the 21st Century and these very same issues are still being hotly debated. It’s almost as if all that blood, sweat and tears were for naught, or as if two rational sides to those issues ever really existed.

Daniel Hauser is a 13-year old Minnesota boy with cancer. A judge found that he had been “medically neglected" by his parents and was in need of child protection services. The judge wrote that the boy had only a "rudimentary understanding at best of the risks and benefits of chemotherapy. He does not believe he is ill currently. But the fact is that he is very ill currently." Daniel has Hodgkin's lymphoma, a 90 percent curable tumor with chemotherapy and radiation. Without treatment, his chances of survival drop to less than 5 percent. But because of religious beliefs, Daniel’s parents chose " alternative medicines " and prayer. Inexplicably, the judge allowed Daniel to stay with his parents while ordering more tests to determine if the child is retrievable. No one went to jail.

Alan Keyes is an American politician, former diplomat, and perennial candidate. He served in the U.S. Foreign Service, was appointed Ambassador to the Economic and Social Council of the United Nations under President Ronald Reagan, and served as Assistant Secretary of State for International Organization Affairs from 1985 to 1987. During his tenure at the Department of State, Keyes defended the Reagan policy of not imposing economic sanctions on South Africa to end apartheid. Keyes is also a long time supporter of the Israeli crackdown on Palestinians and a bitter opponent of gay marriage and abortion rights. His devotion to human rights notwithstanding, in 2005, when Keyes teenage daughter came out as a lesbian, he threw her out of the house and stopped talking to her. Following President Obama's inauguration, Keyes denied that he had been constitutionally inaugurated, refused to call him president, and called him a "usurper" and a "radical communist”. Alright, so the guy is essentially Rush Limbaugh less the oxycontin. A racist, homophobic, misogynistic Republican is hardly a rare thing. Except that Alan Keyes is a black man.

Carrie Prejean is a 20-something beauty queen and model from Vista, California. She currently holds the title of Miss California and placed first runner up in the 2009 Miss USA pageant. During the event her answer to a question about gay marriage drew considerable controversy. “Well I think it's great that Americans are able to choose one way or the other.” She said. “We live in a land where you can choose same-sex marriage or opposite marriage. You know what, in my country, in my family, I do believe that marriage should be between a man and a woman, no offense to anybody out there. But that’s how I was raised and I believe that it should be between a man and a woman." Alright, the lady was competing in a beauty pageant, not defending her Thesis. And whether or not her answer reflects upon the quality of education at San Diego Christian College, where Ms. Pregjean is a currently a senior, is actually beside the point. Her parochial ideas on marriage may just as easily have originated from The Rock, the non-denominational, evangelical Christian mega-church she attends in San Diego. Either way, it wouldn’t be a surprise. Evangelical Christians and gays have always had issues. But what is surprising, astonishing, really, is that the likes of Donald Trump, the beauty pageant’s owner, and Gavin Newsom, the colorful mayor of San Francisco and a prominent supporter of same-sex marriage, openly defended Prejean for honestly stating her personal beliefs.

It hardly takes a Bob Woodward to find the noxious common thread in these three stories of self-immolation: its religion and America’s inexhaustible tolerance for its excesses. The Hausers, Alan Keyes and Carrie Prejean are all deeply religious people. Poor Daniel Hauser’s parents are members of the Nemenhah Band, a Missouri-based religious group that believes in natural healing methods advocated by certain American Indians. Nemenhah was founded in the 1990s by Philip Cloudpiler Landis, a convicted con-artist who once did jail time for fraud. Alan Keyes is staunch Roman Catholic, a practicing member of the quintessential international cult with a thousand plus year history of Ponzi schemes, cover-ups and violent opposition to every square centimeter of human progress. Prejean’s Church, The Rock, is currently the 33rd largest and the 5th fastest growing church in the United States. It was founded about 7 years ago by the upwardly mobile Rev. Miles McPherson and now attracts an average weekly attendance of nearly 12,000 souls. It doesn’t take a lot of digging to uncover the common root of all evil here, but we shan’t be distracted by the sordid topic of coin.

How did things get so ridiculous? Let’s focus on the Carrie Prejean controversy for an illustrative answer. The 13-year old cancer patient story is just too damn depressing. Ms. Prejean’s barely intelligible but now infamous answer made it pretty clear that she’s not the sharpest tool in the shed. To paraphrase the name of a popular game show, it’s not likely that she’s much smarter than a 5th grader. It’s equally unlikely that her intolerant opposition to gay marriage is based on any well thought out or logical argument. In fact, poor Ms Prejean stepped into something of a Kobayashi Maru scenario because there really is no logical argument against gay marriage, anymore than logic supports racism or misogyny. At best, justification for such ideals rests on religious belief, a vain and twisted faith in one’s own inherent superiority. Neither Donald Trump nor Mayor Newsom appear as particularly religious people. The lives of both men reflect an imperfect, but deeply held belief in secular public service. Both are highly intelligent, educated and rational human beings. And yet, putting cynicism aside and taking them at their word, both find something admirable in Ms Prejean’s outspoken belief in the cruelly absurd. The implication is that the pleasure of some imaginary deity is the higher moral imperative, over the wellbeing and basic civil rights of friends, neighbors, even children . Hopefully, no kids were paying close enough attention to perceive the subtle perversion. Those who advocate racism, sexism, even child abuse can be praised for the strength of their convictions as long as they make their hideous cants in front of a cross. This same dangerous tolerance for religious excess is what actuated the judge to allowed poor Daniel Hauser to go home with his parents.

On the whole, America is a pretty tolerant country. Women, blacks, even open homosexuals are represented at the national level. But in all five hundred plus congressmen and senators that govern America, there is not a single openly avowed atheist. Despite centuries of bitter experience, America still holds desperately to its old motto ‘In God we Trust’. It would be comforting to think that most troubles come from fanatics and extremists, but the truth is rather different. Most people in California aren’t fundamentalists and yet Proposition 8, a ballot initiative that banned gay marriage, easily passed with well over half the vote. It seems residual religious thinking can pervade even rational minds, justifying subtle prejudices that can turn elections. The view from 300,000 miles up isn’t much better. The entire globe is practically on fire with pointless religious conflict. Fundamentalists make up a small percentage of the faithful, yet the whole species seems infected.

Fascinating and provocative theories about the evolutionary origins of the God delusion and ideas on how to shatter it were elegantly outlined in Richard Dawkins recent book of the same name. But the bottom line is that humans seem to be hard wired for it, a vestigial neuronal shortcut of the mammalian brain that’s now getting the species into all sorts of trouble. It may prove fatal. But if we can learn to look into the eyes of a dying child, a pregnant teenager, or even that annoying fag that lives next door, and come to believe that human dignity trumps the garbled commandments of darkly imagined gods, maybe then, just maybe, on the precipice, this species will change. Perhaps there is a creative intelligence actuating the totality of existence, or perhaps not. Maybe we’re really alone in the Universe. Maybe it’s just us. But certainly there is ‘us’. We exist and we have each other. And that ultimate reality must place the freedom of the human spirit as the moral imperative far above the freedom of any religion.