By Neil B. Turner 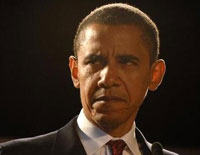 Most of America knows (beyond any reasonable doubt) that Barry Soetoro (aka Barack Hussein Obama) is not Constitutionally eligible to hold the office of President of the United States (POTUS) and Commander in Chief (CinC) (per Article II, Section 1 of the Constitution of the U.S.).

Most of America also knows (beyond any reasonable doubt) that the members of Congress (all 535 of them), the Federal Courts, the Supreme Court, and ALL the Media (including FNC) are either ‘in the tank for’ or ‘paid off or intimidated by’ the illegitimate, criminal and Treasonous presumed President and Commander in Chief, Barry Soetoro (aka Barack Hussein Obama) and his coterie of thugs.

Origins, history, and applicability of the citizen’s Grand Jury:

The 5th Amendment of our U.S. Constitution provides that: … ‘No person shall be held to answer for any capital, or otherwise infamous crime, unless on a presentment or indictment of a Grand Jury.’ It doesn’t say ‘Federal’ Grand Jury, a ‘Grand Jury called and impaneled by a Judge, Special Prosecutor, or District Attorney’, nor does it say a ‘Government impaneled’ Grand Jury.

The concept of a Citizen’s Grand Jury dates all the way back to the Magna Carta in 1215, and was included by the founders in our Constitution and Bill of Rights as a means for the people to reign-in an elected government run amok. It goes without saying that when a government is committing criminal and un-Constitutional acts, it can hardly be relied upon to bring charges and indictments against itself. Justice Antonin Scalia, in a 1992 ruling stated:

"Rooted in long centuries of Anglo-American history, … the grand jury is mentioned in the Bill of Rights, but not in the body of the Constitution. It has not been textually assigned, therefore, to any of the branches described in the first three Articles. It is a constitutional fixture in its own right.."

"In fact, the whole theory of its function is that it belongs to no branch of the institutional Government, serving as a kind of buffer or referee between the Government and the people."

Thus is the situation that we Americans find ourselves in now – the proverbial ‘fox’ is in charge of the ‘henhouse’, and it is devouring the rooster, the hens, the chickens, and their eggs – on a daily basis!

The Citizen’s Grand Jury was a common feature of early American jurisprudence, but fell into disuse about 100 years ago, as the Government passed more and more un-Constitutional laws and acts. In the mid 1940’s, some devious lawyers and judges felt they should try to bury the concept and any possibility of a Citizen’s (or People’s) watchdog group looking over their nefarious shoulders any longer, so they wrote into their system of Federal Rules of Criminal Procedures the following:

(Common Law Grand Jury) ‘… presentments as a method of instituting prosecutions are obsolete, at least as concerns the Federal Courts.’

The trouble is, you cannot change the U.S. Constitution by merely writinga rule! It must be by Amendment, a time-consuming, laborious and people-enlightening process, requiring ratification of the change, spelled out in detail, and the reasons therefore, by ¾ of the States (38 of the current 50 states at this time). Obsolete indeed!

NOTE: Typically, courts and the judiciary issue ‘Indictments’, while Citizen’s Grand Juries issue ‘Presentments’, which, when formally presented to those sworn to uphold, protect, and defend the Constitution, they must, by law, then issue an Indictment, and failure to do so makes them guilty of misprision of treason (the concealment of a treason or felony and failure to report it to the prosecuting authorities, by a person who has not committed it). As a result of this act of ‘misprision’, they could then be indicted themselves by future Citizen’s Grand Juries convened for just this purpose, much like the entire 535 members of Congress could be indicted for certifying the electoral votes for a known Constitutionally ineligible candidate for the presidency.

Early in 2009, a brilliant Constitutional lawyer, Leo Donofrio, wrote a detailed dissertation on the renewed use and viability of the Citizens’ Grand Jury, especially in light of the dumbing-down of the American populace, and their adulation of a mesmerizing, opaque, and criminal Imposter usurping the Presidency (and Commander in Chief-ship) of the United States. By pulling off the greatest hoax in the 230+ years since the founding of our Country, Barry Soetoro (aka Barack Obama) puts Ponzi and Madoff to shame.

Oddly enough, before the on-again, off-again Leo Donofrio could convince his readers that the Citizen’s Grand Jury wouldn’t apply in the case of ousting this particular usurper/imposter, a number of motivated patriotic Americans had already seized upon the concept, and the 21st Century Citizen’s Grand Jury was born!

On March 28th, 2009, Mr. Carl Swensson convened a panel of 25 sworn jurors in Stockbridge, GA, saying, ‘I’m no lawyer, and I’m not exactly sure what I’m doing, but I’m doing it anyway!’ Following an hour+ long presentation of documented evidence of fraud, forgery, corruption, money laundering, stolen SS numbers, perjury, and Treason by both Barack and Michelle Obama (and their many aliases) given by Dr. Orly Taitz, Esq. (by phone, as she was in CA), the GA Citizen’s Grand Jury deliberated for an hour, and then came down with indictments/presentments (or a ‘True Bill’) against the presumed President of the United States, Barry Soetoro, aka Barack Hussein Obama.

Dr. Taitz’ entire presentation of evidence was videotaped (by myself), and can be seen in its entirety here for use by anyone convening a Citizen’s Grand Jury anywhere in the U.S. The entire 150 page ‘dossier’ on the criminal and un-constitutional acts of these two hoax-sters has been sent to all 50 States’ Attorneys General. One of these dossiers is available for all who wish to be informed here. No one can say, “but I didn’t know!”