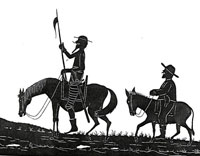 A great comedian of Russia quips stand up humor. He can’t remember jokes, and uses a note book to read from. He started doing these monologs about the time I showed up in Russia about 6+ years ago. He discovered the subject; Stupid American, on a trip to America. The jokes are good: How many pages in the operator manual of a pair of scissors for the Stupid American, only 53 pages, 52 of warnings. How much did McDonalds pay for testing of a coffee cups by use of women; one million dollars.

I, am the “Stupid American” in Russia. I resemble the accolade. I tired for 6 years to help Russia at many levels. From local and family related; my wife is Russian (thank you, I really am patient). The following is just a small portion of the Quixotic adventures I have embarked on.

Due to the influence of my idol, Don Quixote I traveled the world most of my life in search of windmills. I got involved in a business experience, turning a dead and dying ship yard into a highly rated and respected yard in the world of marine construction, in the Mid East.

Once, that was rolling. I got an offer from a Ukrainian ship yard who wanted help converting to civilian products. Being green, I asked my wife the typical resident Russian, expert on everything, what about this yard. She went to University in the Ukraine. Her answer is always a question. “How much money do you have’?? Answer, “Why”? “Unless you can afford an army forget it”, implying the mafia problem.

My original ship yard had developed cancer. Many ship yards, even in Russia get this when there is too much business and too much money flying around. This cancer was poor quality, corruption, theft of millions of dollars, extortion of additional millions from clients and in particular treatment of the workers. I left the company which I helped put on the world yachting map. A chain reaction of events, were created to destroy it, and 4 other companies which the thieves started, was successful. Two of the thieves (French) were deported. We left a country we loved and went to Russia where I would retire.

When I came to Russia late in 2002, I was tired and ready to retire. To keep active I tried to help, in many ways. The Capitalist in me was always looking for an angle but I was flexible. I was comfortable. I was trusting. I was easy!

I got a request for a visit, from a company who had just launched its last submarine. They were looking for a way into civilian products. This really hit home from previous submarine experience. I was excited. Over 30 years had passed, I wasn’t sure of the name of the town. Again, I asked my wife. She asked why? The answer; “I was asked if I could come for a visit”. My darling wife, rolled her eyes and ridiculed me; ”Russians can’t go into this town and you, think you can?” It all came back to me, I was very, familiar with this town.

On the TV news the company had just launched a sub which was “suppose to be the great, Black Hole. The pieces were starting to come together. The director had pointedly asked me what can be done to get into the civilian marketplace. It appeared everyone was dropping military production. I caught the change from a world free from conflict to a world of arms race and future war.

A few days later I called the director of the company. He said they now had a back log of three years. Today the backlog is: 40 of these subs built by 2015. In a matter of three or four days the tide had changed, reason, the Bush administrations use of military intimidation instead of diplomacy and the beginning of the next arms race. Within weeks there was news of other military contracts being signed in many countries, everywhere for new systems utilizing new technology.