Obama: the only US president to be sued (part II) 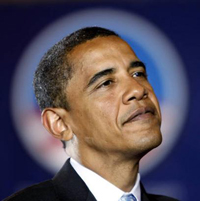 Obama: the only US president to be sued (part II)

Most recently, of note, is a grueling 3am trip made by Dr. Orly Taitz to attend a lecture being given by the US Supreme Court’s Chief Justice John Roberts. She traveled by car, plane and car again from her office in California to a small town in Idaho, carrying two suitcases of documents.

Her goal was to personally deliver, directly into the hands of Chief Justice Roberts these historic documents. Many of the attorney’s making lawsuits would never consider breeching protocol by bypassing “the system” and going straight to the target.

But Orly Taitz did it and she was successful. She delivered to the Chief Justice of The United States Supreme Court: 1. Motion for reconsideration of Lightfoot v Bowen with all the supplemental briefs. 2. Quo Warranto Easterling et al v Obama et al. 3. 3300 pages with 325,000 names of people that signed a WorldNetDaily petition, demanding that the Supreme Court hear Obama elligibility cases. 4. Copy of the 130 page dossier and all the other documents sent to US Attorney General Eric Holder, and others.

There were numerous cameras recording this event and simultaneous feed broadcast to all the campuses of the University of Idaho. Roughly 5,000 people on all the campuses had an opportunity to hear what Dr. Taitz had to say.

She had a full suitcase of documents. The agent went to look for a box, and after he found a large box to fit all the documents, he showed her his badge and introduced himself as Gilbert Shaw, Secret Service Agent assigned to the security of Chief Justice Roberts.

Dr. Taitz made her presentation in front of 800 people in the audience, including university officials, the president of the Idaho State Bar and the Chief Justice of the Supreme Court of Idaho, and in front of all them, Chief Justice promised to read her papers.

The legal phrase Quo Warranto essentially means an explanation is being demanded for what authority Obama is using to act as President. An online constitutional resource says Quo

Warranto “affords the only judicial remedy for violations of the Constitution by public officials and agents.”

The Obama campaign is the greatest theft of a great Nation, America. It is the greatest fraud in American history. He is the greatest con man in American history. The major media in America is a willing participant in this fraud. American politicians are either willingly participating or ignoring the truth in front of their noses. The American election system is being made a mockery of to the World. The American Constitution is being torn up. Americans are being divided by Obama, intentionally. Obama has publicly stated his intention to commit Crimes Against Humanity by forcing Americans to perform free labor for the government.

Obama is the only United States President in history to be sued. And he has not one lawsuit challenging his eligibility, but approximately 40 lawsuits in State and Federal Courts all across America, from Delaware to Hawaii.

Alberto Gonzales, past US Attorney General, under President George W. Bush Jr., when he gave his opinion that torture was permissible, warned the President that a future administration may prosecute him, regardless of the Gonzales opinion.

In a realm where there is no right or wrong, only force, by whoever holds that power, is what determines who lives and who dies.

The United States Constitution allows us to avoid that kind of behavior, but with the current power denying, disobeying, ignoring and violating that Constitution, they are exposing themselves, their families and certain of their international friends, to death by hanging.

It truly is the time for all good men to come to the aid of America. All Americans need to forget their differences and unite in stopping Obama’s actions of destroying this country. Go to Dr. Orly Taitz’s website. She will tell you what to do and how to do it. There are form letters and addresses of the key people to send them to. This is not difficult to make your voice heard. If you do not join in saving this country, you are contributing to our downfall. People from other Nations also, should join this fight. If America fails, your country will suffer. We are asking World leaders and the citizens of all countries to join in and help us to remove the un-constitutional administration of Obama. The American people are not bad. We’re just like people anywhere, wanting the same things in life. The crimes of America are committed by officials who refuse to obey ourConstitution.

An interesting aspect of this entire affair is that this article and previous ones that I have written are first published in Russia’s Pravda.Ru service. Dr. Orly Taitz, the attorney making the most headway in the American Courts is a Russian immigrant to America.

And the small town in Idaho, where she was finally able to present her case to the highest Justice of the highest court in America, is named “Moscow”.