Brazil - Doctors perform life-saving surgery to save 9-year-old girl, raped and pregnant with twins. Bishop of Recife and Olinda excommunicates the girl but not the monster who raped her. On International Women’s Day, exactly how does the Roman Catholic Church justify yet another Medieval position divorcing the Vatican from the hearts and minds of Humanity and which does more damage to the Church than Satan himself? And what protection has the Church provided for this girl? None. 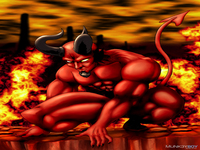 Dom Jose Carlos Sobrinho, Bishop of Recife and Olinda, excommunicated the 9-year-old girl, her mother and the doctors who performed the life-saving operation but not the stepfather who raped her, claiming that abortion is a worse sin than rape.

Moreover, this was not the caprice or whim of an antiquated octogenarian hiding behind his skirts, closer to the grave than to life. It was a decision which was pondered, sent to the Vatican and approved. For those who had serious doubts as to the capacity of Ratzinger to manage the Church, here is the confirmation.

At a time when the Roman Catholic Church should be providing a larger-than-ever umbrella to shelter the growing number of people affacted by the crisis in the capitalist-monetarist-liberal economic model, at a time when millions of people are losing their jobs or houses or futures or hopes or all of these, what does the Roman Catholic Church do? It provides the tinder for its own burning at the stake.

And what does the Roman Catholic Church do for the young girl who was the victim of the most hideous barbarity for the last three years, repeatedly raped by her Satanic stepfather (where was the mother during this time?) since she was six years old? It excommunicates her.

Well, if this is the position of the Roman Catholic Church, then this defenceless little girl is far better off without it. She will find a host of evangelical churches, protestant churches, the Anglican Church, the Orthodox Church, ready to welcome her with open arms, to comfort her and to provide assistance, companionship and understanding, churches where she will be able to receive the gift of communion without the po-faced, stone-hearted frigid coldness of a Roman Catholic Church which has turned its back on her. And so the exodus will continue until the Roman Catholic Church finds itself in the mothballs which permeate through its octogenarian and nonagenarian congregations.

The result of this incomprehensible decision is that Humanity has not excommunicated the girl but its collective soul has indeed excommunicated this church, which is as close to Christ as Satan. True, the missions have educated millions and true, institutions such as Caritas do a lot of good. True, it is a large ship and has to be very careful before taking radical decisions.

However the fundmental question posed today, on International Women’s Day, with a 9-year-old who was raped, made pregnant against her will, subjected to the most profound of violations for any woman- which is abortion, and then excommunicated, is the following: would Christ have excommunicated the girl, or today’s Roman Catholic Church?

I know the answer to that question, and so does everyone else. Except, probably, Ratzinger and his legions of Baal who do more damage to the Church than Satan himself.