Arrogance, Bloody-mindedness and Chauvinism: The ABC of the British Media

Three or four times a year, as if on cue to feed a public purposefully kept hungry for unfounded diatribes against the “them” which creates the “us”, a media outlet from the west in general and Britain in particular carries aggressive and nonsensical remarks about Russia. This momentarily diverts the attention away from the ever more catastrophic state of affairs in these countries, while Russia’s economy grows in leaps and bounds. 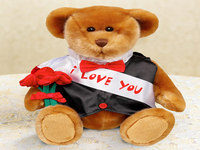 Arrogance, Bloody-mindedness and Chauvinism: The ABC of the British Media

The most recent example is an article by Jonathan Dimbleby in The Daily Mail online (of 17th May 2008) called “Russia: A totalitarian regime in thrall to a Tsar who’s creating the new Fascist empire”. Was this written before lunch? In this abrasive and arrogant diatribe, the author attempts to hype up the public thirst for his documentary Russia – A Journey With Jonathan Dimbleby, currently being shown on BBC.

In this case, there is far more than the odd nonsensical remark. The article prints out into four pages of insulting, derogatory comments about Russia, its people, its President, its Institutions and singles out Vladimir Putin as the “Tsar” of “cryptofascism”.

After reading two lines, it is crystal clear that there are two options. The first, to disregard the author, the newspaper which printed his drivel and the biased and xingoistic corporation which airs this study in insolence, as the wastes of time and space they all are and have always been as far as newsworthiness is concerned. The sheer pig-headed arrogance of Dimbleby’s piece reveals an individual as hog-ignorant as he is downright rude and whose inaccuracies are as shockingly puerile as they are risibly hollow.

It is therefore fitting and wholly unsurprising that the content of these four pages – which make pre-recycled toilet paper seem like a work of art – be printed in a newspaper more renowned for “Spanking Sarah” and “Three-titted Tess” type stories, and serialised in print and on film by the British Bullshit Corporation, from whom one has grown to expect a descending spiral of execrable quality, its staff being more identifiable with daintily tip-toeing through the tulips in pink ballet frocks than producing objective facts.

The second option, and one which we shall follow given the depth of the insults against Russia and all things Russian, is to confront this 4-page study in Russophobic arrogance, bloody-mindedness and chauvinism which tries so desperately hard to shape British public opinion.

The insults and the replies

For someone who received 10,000 miles-worth of good-natured, open-hearted Russian hospitality, Jonathan Dimbleby is an extremely ungrateful, boorish and ill-mannered guest. Instead of referring to the billions of positive experiences he must have had, but which were probably blocked and filtered by a warped mind, the article is a tissue of insults from beginning to end, more befitting of a grade-school playground temper tantrum than a balanced piece of journalism.

Starting with Russia’s President, Dimbleby was particularly disparaging, calling him (Putin’s) Little Sir Echo, claiming he has “a walk-on role” and stating “you can forget any talk from the new President about ‘stamping out’ corruption”. Just who does Mr. Dimbleby think he is? He forgets the fact that President Dmitry Medvedev was democratically elected by the Russian people with more than 70% of the vote in a free and fair election. It is not only difficult, but impossible, to find such rude and unwarranted personal attacks on the British Head of State in the Russian Press, which puts Mr. Dimbleby and his masters firmly in their place.

The author then made a statement which is so absurd that a fit of hysterics delayed the writing of this piece by half an hour: Russia´s armed forces are “a joke”, followed by references to “those clapped out missiles in Red Square”. Then maybe Mr. Dimbleby would care to pinpoint a target anywhere on the globe and watch those “clapped out” missiles blast a crater one thousand miles in diameter around it. As regards the first statement, it is obvious the author knows as much about the military as he does about good manners, for if modern warfare is won and lost in the air, and Russia has the best military aircraft on the planet, then the joke is on him and would be on NATO if it were foolish enough to think it could engage Russian military forces in conflict. They never could, that is why they never have, otherwise for sure they would have tried.

Recently, a retired General of the USAF said of the SU-30MK aircraft: “Russian aviation has surpassed that of the US and its NATO allies”. Not to mention the S-37 or the SU-27, an aircraft which according to some sources the Russians offered to use in a friendly dogfight over the Atlantic a few years ago with the USA, who declined the offer.

It is clear by now who are the aggressors and who stands for peace. It is clear which side is all spoiling for a fight but which is all hot air and which is prepared but prefers to respect international law. Remember Iraq? Maybe Mr. Dimbleby could tell us where Saddam Hussein’s WMD are now, because we are still waiting.

It is all there in these four pages of unadulterated bilge – Russia is “an unstable beast” and “in many ways...a Third World country”, the Russians are patriotic (is that so bad?) and xenophobic, cynical and fatalistic. This coming from an author whose country exported the football hooligan, a study in xenophobia and crypto-fascism, a term he likes to use, the country where knife crime is rife and where a Harry Potter actor has just been stabbed to death in real life. Then there are gems like “Russia has a bloody and tormented history”. What is that supposed to mean? What about England’s massacres in Scotland? What about the Croke Park Massacre in Dublin in 1920 when the Black and Tans murdered civilians at a sports event? What about the Amritsar massacre in 1919? Or the Qissa Khwani bazaar massacre in 1930? Or the Boston Massacre in 1770? Or Natal, 1906? Indeed British history is studded with bloody and tormented events.

A cherry on the cake is provided by the statement that Khodorkovsky “used his oil wealth to promote human rights and democracy” and now (sob) he is in jail…without any mention whatsoever of the small detail that he forgot to pay thousands of millions of USD in taxes.

To round off his insolent, impudent and intrusive piece of nonsense, Dimbleby refers to Vladimir Putin as “autocratic” with a “totalitarian grasp on power”. The truth: Vladimir Putin was democratically elected not once, but twice and unlike Britain’s Prime Minister, enjoys a huge popularity for a very good reason, not because he is autocratic and totalitarian but because he is honest and competent and produces the goods.

Where did Dimbleby, the Daily Mail and the BBC get this from? Like others who have been ably dealt with in this column, they get it from an innate desire to humiliate and scorn, insult and deride Russia and Russians. Brainwashed by decades of Cold War rhetoric and hatred, they simply cannot move on, because the perpetration of this nonsense justifies their positions.

The proof of the pudding is the fact that Dimbleby blows his cover in the first four-line paragraph which describes his BBC-sponsored trip to Russia, which he describes as “deeply disturbing” and in which he tells us that he met “impoverished potato pickers”, a “witch” and “mountain herdsmen who worship fire and water”. Nothing mentioned in his piece of the intelligent, hardworking cultured professionals and intellectuals he would have met anywhere between Moscow and Vladivostok.

Finally, the claim that Communism is “consigned to the dustbin of history” and predictable references to the “collapse” of the Soviet Union provide us with what we knew all along before we even read the first line of the article: it is no more and no less than an attempted exorcism of Dimbleby’s fears and the fears of Russia’s enemies that they have got it wrong. If they write it enough times, even they will believe it. The voluntary dissolution of the USSR was present in its Constitution from the outset and the more we look at the capitalist monetarist model lurching from one disaster to the next, the more we understand that the Communist model, with a few adjustments introduced, will indeed provide a very attractive solution for the future.

If writing pieces like that makes them happy, so be it. If Mr. Dimbleby can look himself in the mirror and feel proud of himself after travelling ten thousand miles across a country and finding what he put in the Daily Mail article to write, how wonderful for him. If the Daily Mail thinks it gains anything by printing such unsubstantiated prattle, bully for them and if the BBC really thinks it enhances its reputation by once again sponsoring Russophobic imbecility, then this corporation really does deserve the nickname we christened it with.

So suppose this schmuck, his supporters and sponsors flushed themselves down the nearest latrine and consigned themselves to the sewer of international journalism where they belong, among the rats, fleas and vermin which like themselves, scavenge like the vile parasites they have become?