Green Party environmentalist Ralph Nader has announced that he will again run for President in the 2008 election. On Meet the Press with Tim Russert, Nader formally made his announcement on February 24th. 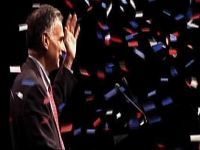 Nader ran as a third-party candidate in the 2000 and 2004 presidential elections. Many Democrats call him a spoiler and claim his candidacy in 2000 cost the party the election by siphoning votes away from Al Gore in a razor-thin contest in Florida. As a Green party candidate in 2000, he captured 2.8 million votes, about 2.7 per cent of those cast.

Nader, 74, said Americans find themselves disgruntled with both the Democratic and Republican parties. He described Washington as "corporate occupied territory" where decisions aren't made in the interests of the people and none of the current contenders for the presidency are addressing the issues of corporate crime, wasteful defense spending or labor rights

"In that context I have decided to run for president," Nader said.

Ralph Nader blazed into the spotlight when he demanded that automobiles can be made that are safer for people and there is no reason for people to be killed in automobile accidents. His campaign raised the ire of corporate America. That was the just beginning. Ralph Nader didn't stop there. He formed groups such as Public Citizen which have exposed corporate and governmental negligence and corruption and won important new protections for Americans as citizens and consumers. He continues in his efforts to make government and business accountable to the people.

Nader has identified twelve “issues that matter” which prompted his decision to enter the race.

Open up the Presidential debates