The Serbian Province of Kosovo and Metohija is an integral part of the Republic of Serbia under UN, international and Serbian law. Any unilateral declaration of independence by the Kosovar Albanians has no legality whatsoever and recognition of such by any other nation is paramount to condoning a breach of international law and order. 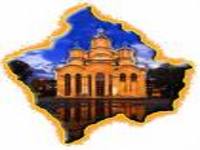 Under Article 2 (4) of the UN Charter, territorial integrity is one of the key principles governing international law and relations between states and the inviolability of the frontiers recognised in this document and by many others ratified before and after it, has become a basic precept which has underpinned and underwritten the history of diplomatic relations. Indeed, Article 2 (4) is just one of several legally binding clauses in the UN Charter which reiterate the inviolability of the existing frontiers between nations.

Moreover, the notion of inviolability has the longest of precedents, stretching back hundreds of years. Historians take the Peace of Westphalia in 1648 as the first in a long series of treaties in which territorial integrity became the norm in international relations. From Westphalia, through to the 20th Century, states tried to establish the rule that territorial integrity should never become a victim of greed or the resort to force, and was seen as the perfect antidote to rising nationalism in the 19th century. If mankind were to give in to the demands of every national minority, the world would collapse into an armageddon of micro-states set in a permanent war of attrition from which there would be no escape. Back to the Thirty Years’ War.

The alternative is respect for international law. Since the League of Nations Covenant rejected any change to territorial status and since the UN Charter reiterated the need to respect the existing frontiers, other organizations (OAS - Organization of American States; OAU - Organization of African Unity; AU - African Union; CSCE - Conference on Security and Cooperation in Europe) have followed suit, making this a fundamental principal respected worldwide.

The Helsinki Final Act, signed by 33 European Nations, the USA and Canada in 1975, established the precepts of sovereignty, respect for borders and international law as the main pillars which should support an international community living together in peace and never again fighting or quarreling over frontiers. These precepts remain valid today, since no legal document has been written or signed to the contrary.

Indeed, Section III of the Helsinki Final Act states clearly that “the participating states regard as inviolable all one another´s frontiers as well as the frontiers of all states in Europe and therefore will refrain now and in future from assaulting these frontiers. Accordingly, they will also refrain from any demand for, or act of, seizure and usurpation of part or all of the territory of any participating state”.

In his keynote address to the US Congress on October 23rd, 2007, Ambassador James Bissett stated: “The American insistence on giving the Albanians independence and unilaterally handing over 15% of Serbian territory to the criminal leaders of Kosovo is simply a further example of the willingness of the United States to use naked power to achieve its own policy objectives”.

As the Bush bandwaggon thankfully enters the final stages of its horrific, murderous and globally hated repertoire, the American people, and the rest of the world, can look forward to turning a new leaf in the book of international relations. It is not a good time for the USA to set a horrendous precedent, wholly devoid of any legality whatsoever, to sour even further the future relations between Washington and the international community for generations to come.

The international community must base its actions on the fundamental precepts of international law, for its member states are bound to respecting the UN Charter. No law in the world recognises the right of the Kosovar Albanians to any sort of independence, just as any act of recognition of such a status would be totally unfounded and meaningless.

It would be the same as recognising some lunatic´s claim to be the King of Jupiter or the right to trading future commodities options on the minerals of Galaxy Zog in the 31st century. There was a King Zog - of Albania, not Kosovo. Kosovo is Serbia and Serbia is Kosovo and the international community would do well to remember that laws exist to be respected, not broken.

It is time for the world to finally come together as a community, to respect the rule of law in times of crisis and to act in a responsible way, respecting the treaties that have been signed, not creating dangerous precedents by supporting criminals and creating mafia states.