The relations between North Korea and the United States remain tense. Against this background, experts continue to analyse whether the world may expect a conflict between the two countries. Nuclear weapons specialist Denny Roy calculated how many casualties may appear as a result of North Korea's nuclear attack on the United States. 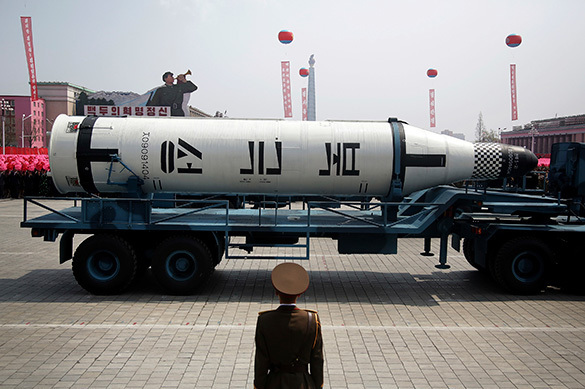 According to Roy, the threat is real. North Korean nuclear missiles may reach the Hawaiian Islands. In this case, the number of victims will reach 60,000 people, the Daily Star reports. Another 65,000 will be affected in varying degrees as a result of the attack.

If North Korea had more modern technologies, its missiles could reach the opposite coast of the United States. In this case, at least 200,000 New Yorkers could become victims of the missile attack, the expert said.

Apparently, the United States understands the probability of the nuclear attack. USA's tough rhetoric against the DPRK has been subsiding lately. The day before, it became known that the Pentagon intends to test its own missile defence systems to see their ability to shoot down North Korean missiles. The tests will be held in the Pacific Ocean.