Officials with the Foreign Ministry of the Russian Federation have denied the statement from US military officials, who claimed that Russia was supposedly maintaining the Taliban movement in Afghanistan (the organisation is banned in Russia). 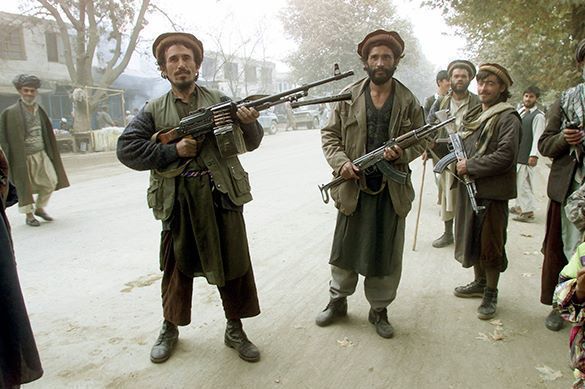 "I've seen the influence of Russia of late, increased influence in terms of association and perhaps even supply to the Taliban," Army Gen. Curtis Scaparrotti, the head of the U.S. military's European Command and the Supreme Allied Commander for NATO said.

The general did not specify what exactly Russia could be supplying to the Taliban.

The head of the second Asia department of the Russian Foreign Ministry, Zamir Kabulov, responded to Scaparrotti's remarks.

"This is an absolutely false assertion that does not even deserve any reaction, because these statements are fabrications designed to justify the failure of the United States in the Afghan campaign. We can not find another explanation to this," Kabulov said.

According to the diplomat, this is another political game of the United States to shift the blame for its own failures on someone else, outside the US, of course.

Pravda.Ru reported before that Afghanistan needed Russia's help in rebuilding the economy. This was stated by the attaché on trade and economic issues of the Afghan Embassy in Moscow Mohammad Kasem. Russia, according to Kasem, could help restore 124 objects that were built during the Soviet times.