Will Pentagon ride out ban to cooperate with Rosoboronexport

The Pentagon has been forbidden to cooperate with the Russian Rosoboronexport agency, the sole state intermediary for export/import of defence products. It is stated in the US defence budget blueprint, which was approved by the US House of Representatives. 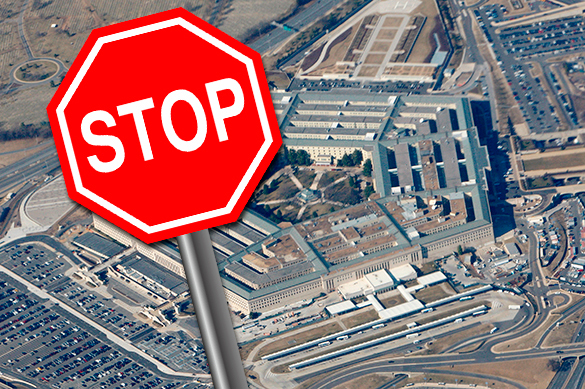 In particular, the US won't be able to sign any contracts with the Russian company, as well as provide grants or credits.

However, it is noted that the ban may be lifted for the sake of the US security, in case head of the Pentagon assures the Congress that Russia has suspended deliveries of lethal weapons to Syria and recalled its agents and military from Ukraine.

As Pravda.Ru reported before, the US fears that after anti-Russian sanctions are lifted, the Russian Armed Forces will face a sharp reinforcement. The Russian industrial complex will allegedly get access to some of the most important technologies, which will highly increase the Russian military potential. Dr. Phillip Karber, President of the Potomac Foundation and the Pentagon adviser, warned that it would turn the Russian bear into a real monster.

Igor Nikolaychuk, Doctor of Science, Head of the Regional Security Problems Sector at the RISS Centre for Euro-Atlantic and Defence Studies, has told Pravda.Ru about the consequences.

What about cooperation of the Americans with the Rosoboronexport, well, they will not be buying some engines. Or even there will yet again occur an idea which has not been accomplished yet - on refusal to purchase our helicopters for delivery to the Afghan army on behalf of the Americans. The Afghan army has asked them to buy namely Russian, not American helicopters, as they got used to them. The US has been also buying our Kalashnikov machine guns for free sale to individuals and collectors. All in all, the Rosoboronexport will ride these problems out.