US to refuse Russian rocket engines?

The Americans have claimed that their dependence on Russia is in the past. The case is about deliveries of the Russian RD-180 rocket engines, which are unrivaled throughout the world. 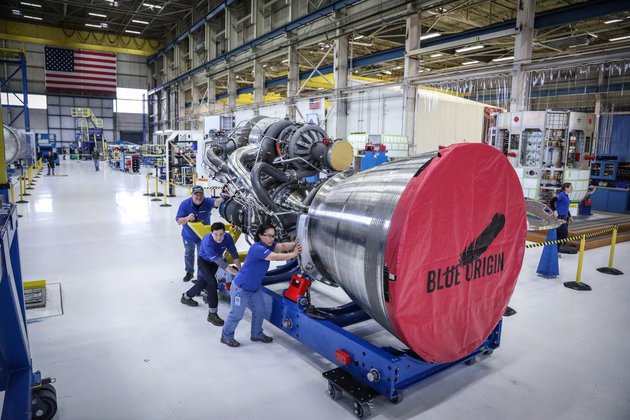 Research has been carried out for some years. And now the Blue Origin private company has shown photo of the first engine. It is to undergo firing testing. In case everything is all right, a contract will be signed for mass supply of the engines instead of the Russian ones.

By the way, there were named reasons given which the US should not strive for getting rid of the RD-180. In particular, the cost of launches of key satellites will be increased by several times.

As Pravda.Ru reported, supply of the RD-180 was suspended by the Congress because of events in Ukraine. However, in May 2015 the import was restored by demand of the Pentagon.

Aleksey Leonkov, a military expert and specialist on the Aerospace Forces, has told Pravda.Ru whether the US will manage without Russia in space industry.

The question is whether the US will be able to carry it out technically. After death of Wernher von Braun, who used to design all the rockets and engines, the US space program ground to a halt. Can they really mistake the wish for reality? Does the new engine exist in metal? And where was it tested? Today any student can design such model with the help of 3D technologies. And what about special effects, the Americans are ahead of the curve. Apart from the picture data on installation of such engines and successful launches should follow. And when there are 10 of such successful launches, one can speak about a real alternative to the RD-180.