Nagasaki mayor puzzled why Japan relies on US nuclear bombs

Mayor of the Japanese city of Nagasaki urged to create a nuclear-free zone in Northeast Asia and criticized the Japanese authorities for their support for US nuclear deterrent forces. 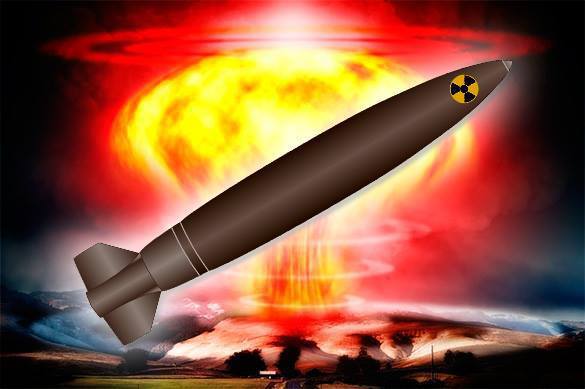 Nagasaki Mayor Tomihisa Taue stated that while supporting the elimination of nuclear weapons, the Japanese government at the same time supports its own dependence on nuclear deterrent forces, RIA Novosti reports.

He stressed out the need to consider the establishment of a nuclear-free zone in Northeast Asia.

"The Government of Japan, while advocating nuclear weapons abolition, still relies on nuclear deterrence. As a method to overcome this contradictory state of affairs, please enshrine the Three Non-Nuclear Principles in law, and create a 'Northeast Asia Nuclear Weapons-Free Zone' as a framework for security that does not rely on nuclear deterrence," Taue said during a ceremony commemorating the 71st anniversary of the nuclear explosion over Nagasaki on August 9, 1945.

Japan is the only country in the world to have suffered from nuclear weapons. The nuclear bombing in August 1945 cost the lives of 140,000 people in Hiroshima and 70,000 in Nagasaki. At the same time, 56 percent of American citizens are convinced that the nuclear bombing of Japan was justifiable.

Interestingly, US President Barack Obama became the first sitting head of the United States, who visited Hiroshima. However, Obama did not apologize for the nuclear bombing.