Under Crimean scenario: Texas gains right to leave US

The Texas Nationalist Movement in the US has gained right to hold a referendum on the state's independence. 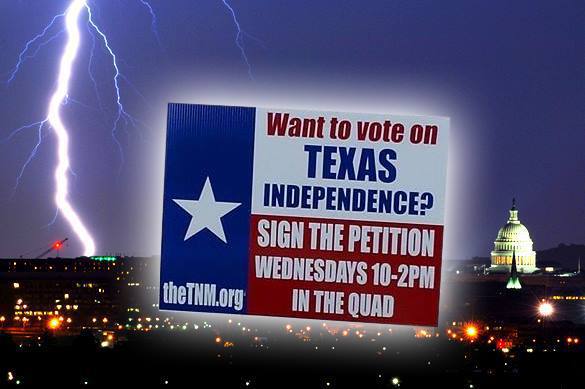 Two thirds of the local Republican party committee voted for such a decision. Nathan Smith, representative of the TNM, claimed that legislative body of the state will have to adopt draft resolution which will allow to carry out a nation-wide voting among the Texans on this issue.

The event may be held under the Crimean scenario, when citizens decided by themselves whether they wanted to stay as part of Ukraine or join Russia.

According to Smith, in case the state separates from the US, Russia will gain a new trade partner with fewer trading restrictions, as well as new oversea politicians who will reflect interests of the Texans, but not wishes of the US government.

As Pravda.Ru reported, the US annexed Texas in 1845, that generated war with Mexico. As a result, the US managed to completely suppress opposition of the Mexicans and lift their territorial claims.

For today, Texas is the only internationally recognized independent state, which was directly annexed by the US. It was provided with special conditions. First of all, all the lands belong to its people. Secondly, Texas has possibility to separation into five states. Which way Texas will choose, remains to be seen.

Also read: Texas, Novorossiya, Catalonia and Scotland to fight for independence from Moscow