North Korea's Kim Jong-un stated that North Korea may strike a pre-emptive nuclear blow on the United States of America. 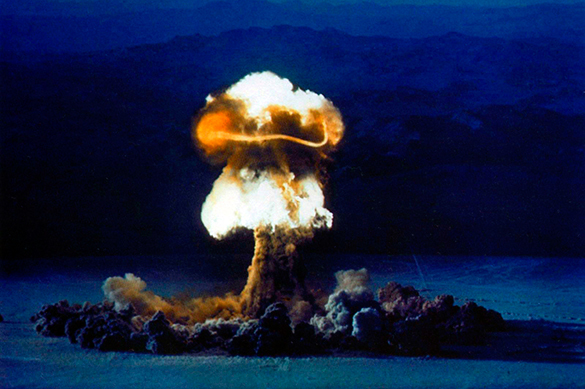 "As the joint military exercises to be staged by the enemies are regarded as the most undisguised nuclear war drills aimed to infringe upon the sovereignty of the DPRK, its military counteraction will be more preemptive and offensive nuclear strike to cope with them," the National Defense Commission of North Korea said in a statement.

Earlier, Kim Jong-un said that Pyongyang had implemented the task of reducing the weight of nuclear warheads to make them compatible with ballistic missiles.

The DPRK launched several short-range missiles from the eastern coast of the peninsula towards the Sea of ​​Japan. A representative of South Korea's Defense Ministry Mun San Kyung said that all the launched missiles fell into the sea.

The launches were conducted a few hours after the UN Security Council approved the most stringent package of sanctions against Pyongyang in the last 20 years. The sanctions were approved after North Korea conducted a nuclear test and launched a rocket with a satellite on board. The new UN resolution prohibited the supplies of aviation and rocket fuel to the DPRK, whereas all cargoes going to and from North Korea will be subject to inspections.