The Ukrainian authorities intend to begin negotiations for the return of the Crimean Peninsula, Ukrainian Finance Minister Natalia Yaresko stated in Davos. 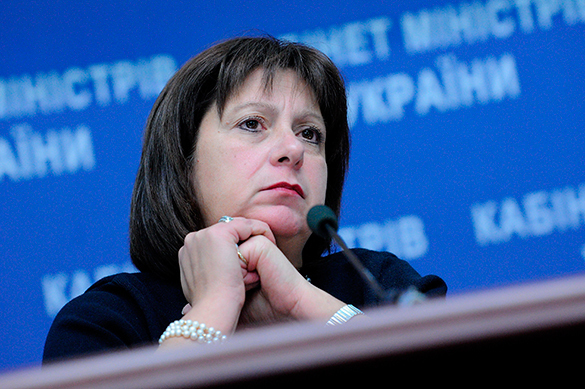 According to her, in 2016, Kiev intends to launch "a fresh diplomatic initiative for the return of the Crimean Peninsula."

The negotiations on the issue are to be based on the model of the Geneva format, being something bigger at the same time.

The Ukrainian authorities plan to establish a diplomatic forum with the participation of Russia, Ukraine, the European Union (EU) and the United States. "We hope to organize something bigger than the Geneva format, to start a dialogue about the return of the Crimea," explained Yaresko.

Noteworthy, on December 24, the head of the Republic of Crimea, Sergey Aksenov, said that Ukrainian President Petro Poroshenko should forget about the idea to return the peninsula. On December 21, Poroshenko expressed confidence that the introduction of a visa-free regime with the EU would help return both the Crimea and the Donbass.

The Russian government has repeatedly asked Western policy-makers to pay attention to the fact that the Crimean region returned to its historic homeland on the basis of a legitimate procedure - a national referendum, at which the vast majority of citizens - 96.77% - voted for reunification with Russia.