The Ukrainian President Petro Poroshenko invited former Australian PM, who was sacked because of failed economic policy, to work in Kiev. 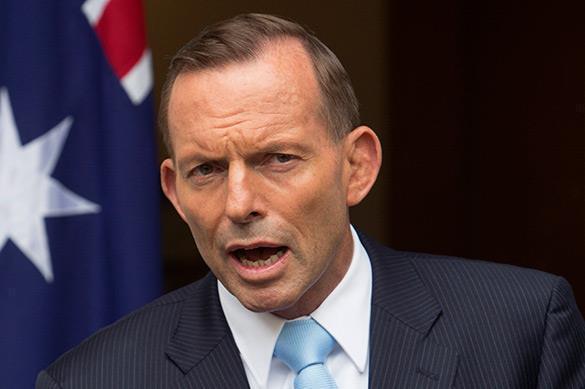 Poroshenko offered Tony Abbott to take part in reforms implementation, which are carried out by Kiev. The Ukrainian President stated his proposal to the former Australian PM during a phone call and expressed his gratitude for the Canberra's support of the Ukrainian "territorial integrity".

As Pravda.Ru reported, the Ukrainian authorities have actively engaged foreigners in governing the country. Nataliya Yaresko, Finance Minster, was born and lived in the US, despite having the Ukrainian roots. Mikhail Saakashvili, fugitive Georgian politician was appointed as a governor of the Odessa region by Poroshenko himself. The Ministry of Healthcare is also headed by a Georgian politician Aleksandr Kvitashvili. Beside that, Poroshenko established an International Advisory Reforms Council, which is entered by the American Senator John McCain, former Sweden PM Carl Bildt, and other foreign advisers.

Tony Abbott seems to have sparked Poroshenko's interest not with his professional achievements, but pronounced hatred to Russia. As Pravda.Ru reported, the Australian threatened to have a tough talk with the Russian leader Vladimir Putin, but broke his promise.