The French President Francois Hollande claimed about his intention to discuss with Moscow Russian stance on the support of the Syrian President Bashar al-Assad. 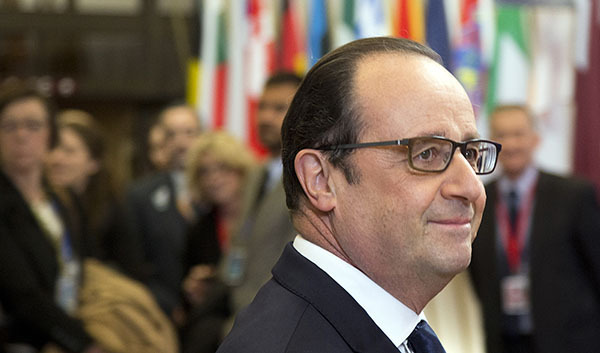 "Russia is an ally of the regime, but it does not mean that Russia will always support Bashar al-Assad. We'll have a discussion on this subject. Russia also wishes to find a solution," Hollande said at a press-conference on Monday.

The military conflict in Syria, which has killed more than 220,000 people so far, was started in March 2011. Fighters of various armed groups oppose the government forces. Extremist Islamic State and Jabhat al-Nusra are among the most active ones.

The Russian Ministry of Foreign Affairs claimed several times that it helped Syria in fighting the terror threat in full accordance with the international law.

Russian President Vladimir Putin offered late June the Syrian government and other countries of the region, including Turkey, Jordan, and Saudi Arabia to unite for combating the Islamic State, in case Damascus considers it to be necessary and possible. Russia, in its turn, is ready to assist to rearrange dialogue between the countries.