Russia supplies Syria with weapons, to put squeeze on US over Assad

Russia did not leave Syria, but provides political, economic and military aid, Oleg Fomin, co-chairman of the Committee for Solidarity with the Peoples of Syria told Pravda.Ru. 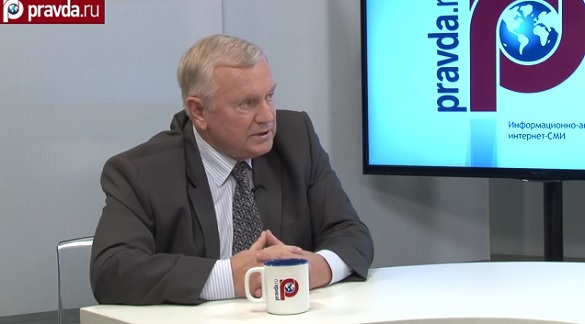 Military contracts have not been canceled, and supplies are still going on. The only thing is that there are not enough airplanes and helicopters. The Turkish mass media reported that Russia delivered MiG aircrafts to Syria. If it is so, that is really reasonably, as the Syrian army plays the major role in combating various Islamic extremists in the region, the expert says.

Russia has lately offered the West to include Bashar al-Assad's army to come out in a united front against the Islamic State. While the West is in doubt, it realizes it's time to 'choose the lesser of two evils'. Oleg Fomin believes that the Russian diplomacy will put the squeeze on Wahington over this issue.

Washington's stance is also dependent on Israel, which wants to redraw the Middle East map according to its interests. That is, to make all the countries weak and controlled, there should be the Alawites state of Assad, the Sunni one of the IS, and the Shia one in the South of Iraq and Kurdistan.

Beside that, there are former military men from the Saddam Hussein army in the IS, who were studying in the USSR, and the Russian diplomacy can set a dialogue with them, Fomin added.

The Syrian government forces also keep control of all the major cities and coast of the Mediterranean Sea. Despite some electricity and water supply shortages, Syria retained its industry, agriculture, and its rich diaspora helps to set up budget.

A lot is also dependent on the Arab States stance on the issue. Algeria, Jordan, the UAE, and even the Saudi Arabia tend to unite with Assad to fight the Islamic extremism. Syria is the Russian outpost in the Middle East, Oleg Fomin noted.