US refuses to close Guantanamo in Cuba

Restoration of diplomatic ties between the US and Cuba have been already marked only by opening embassies in their largest cities. 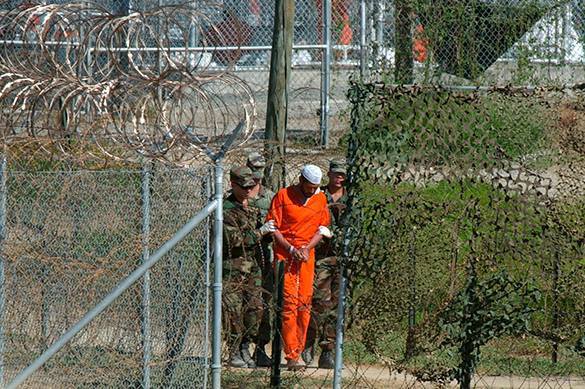 The talks on the closure of a savage prison in Guantanamo are still in the air. Beside that, the US Secretary of State John Kerry noted, that Washington is not going to alter its decision. "There is no discussion or intention on our part, at this moment, to alter the existing lease treaty or other arrangements with respect to the naval station," he said at the meeting with the Cuban foreign minister, Bruno Rodríguez.

Given that, Rodríguez stated: "I emphasized that the total lifting of the blockade, the return of the illegally occupied territory of Guantánamo, as well as full respect for Cuban sovereignty and compensation to our people for human and economic damages, are crucial to be able to move toward the normalization of relations."

Pravda.Ru has already reported, that restoration of relations between Cuba and the US is quite difficult. The sanctions are not lifted either.

The Cuban Persident has recently urged Obama to dismantle trade embargo and economic blockade, that cause damage and hardships for the people.