The US judge Gladys Kessler has ordered the government to release 8 out of 32 videos, showing force-feeding of the detained Abu Wa'el Dhiab at the Guantanamo Bay camp. 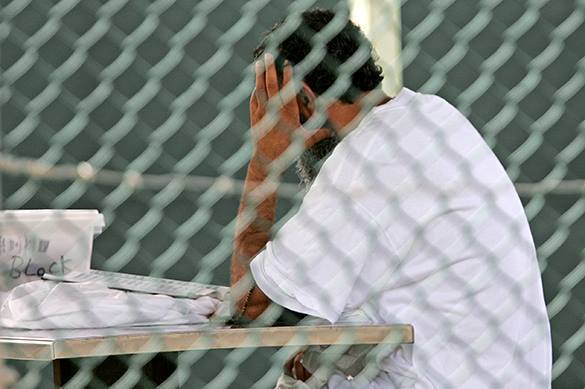 The Obama Administration has long been hiding the shameful and violent procedure, as well as other tortures.

Dhiab spent 12 years at the Guantanamo camp without any charge. He was finally released last December and sent to Uruguay along with five other detainees.

The public first became aware that the recording existed when the international human rights organization Reprieve challenged Dhiab's force-feeding on his behalf.

Force-feeding was both extremely painful and medically unnecessary. Dhiab's lawyers estimate he was force-fed about 1,300 times during his 12-year detention.

"The Obama administration has been kicking and screaming to avoid processing even one minute of this footage and never wanted to have to give a specific reason for keeping it secret," said Cori Crider, one of Dhiab's Reprieve attorneys. "That is because the real reason for trying to hide Mr. Dhiab's face is that what he suffered is a scandal and an embarrassment to the administration that allowed it."

As of July, 116 detainees remain in Guantanamo Bay military prison, some of whom continue to be force-fed.