Europeans curse sanctions against Russia, but ready to tighten them 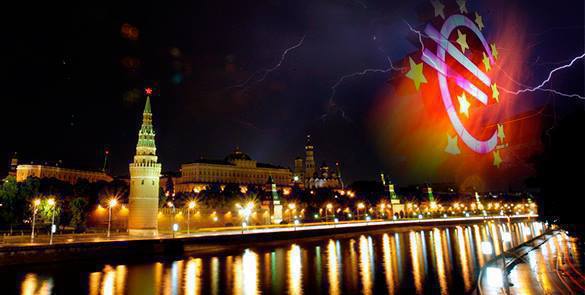 Barack Obama said at a G7 summit news conference in Germany that Russian President Vladimir Putin had to decide whether he wanted to "revive the glory of the Soviet empire" by destroying the Russian economy.

"Does he continue to wreck his country's economy and continue Russia's isolation in pursuit of a wrong-headed desire to recreate the glories of the Soviet empire?" Obama said.

The US president said that the Russian economy was in deep recession, whereas Russia's actions in eastern Ukraine hurt both Russia and its population.

Als oread: Sanctions against Russia will only backfire to the West

"The sanctions have limited opportunity for Russian companies to work in the West. Trans-border money flows were restricted. The restrictions that have been imposed on us are very tangible already, and time is working against us. We all talk a lot about import substitution. Yet, in the first quarter of the year direct investment has fallen 3.5 times. How can we run import substitution? We used to depend on imports, but with less investment, we will depend on imports even more," said Pavel Medvedev.

"Of course, no import substitution is possible without investment, without foreign technology and equipment. So the situation is very alarming."

"Of course, the EU is suffering from the sanctions too, but the European economy is evaluated at $17-18 trillion, whereas the Russian economy is worth about $2 trillion now. America is suffering less, because of the smaller turnover with the United States. It goes about nearly 300 billion dollars with Europe and about 90 billion with the United States," said the expert.

"Not that long ago, I had a meeting with Italian entrepreneurs. They were cursing the sanctions, saying that the sanctions should be lifted. At the same time, they realize that it is unlikely to happen," the expert said.