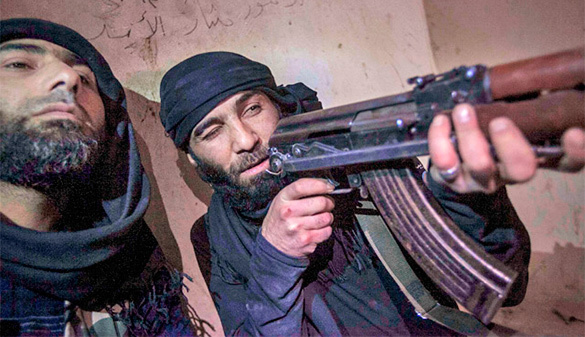 Exhibition of caricatures of Prophet Muhammad in the city of Garland, Texas, USA,  became the scene of shootout with two gunmen. They came to the exhibition center wielding weapons and opened fire. Both of them were killed in a shootout with the police; a security guard was wounded in the leg.

The police scoured the building of the exhibition center and its surroundings.  Several dozen people were evacuated.

The exhibition was organized by American Freedom Defense Initiative that acts "against the Islamization of America." During the event, a competition was held for best cartoon of Prophet Muhammad. The prize for the winner was $10,000. In a nutshell, organizers of the event had created all conditions to attract Islamists' attention, Pravda.Ru says.

Rebels of the Islamic State terrorist group claimed responsibility for the shooting at the exhibition center. The attackers have not been identified yet.

Retired FSB Major General Yevgeny Lobachyov earlier told Pravda.Ru that the Islamic State was "an organization that Americans artificially created with a definite purpose - to completely destabilize the rest of the Arab region." The situation in Afghanistan during the 1980s was the same, then there were Talibs. Now there's the Islamic State. If the organization relied on something sensible, then it would be possible to negotiation with its members. However, there's nothing sensible there, just pure madness," the expert told Pravda.Ru