Mark Bennister: UK may end up with hung parliament 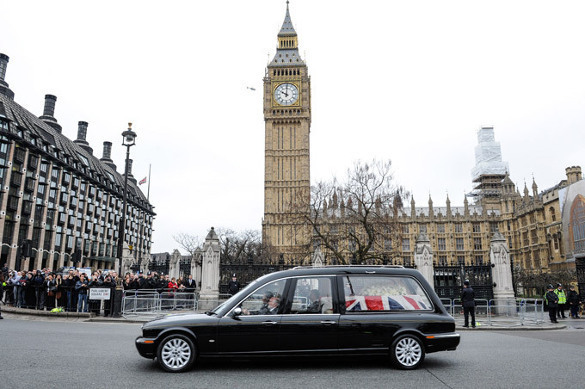 General parliamentary elections will be held in Great Britain in two months. According to the latest YouGov survey, the Conservatives have 34% support of the voters, the Labour Party has 32%, UKIP - 14-16%, Liberal Democrats - 4%, and the Greens - 7%. Pravda.Ru interviewed Dr. Mark Bennister, senior lecturer in politics at Canterbury Christ Church University, School of Psychology Politics and Sociology about chances for the parties to win the elections.

How do you assess the parties' chances to win?

The most likely result based on current polling is a hung parliament whereby no party gains a majority - the magic number of seats being 326 in the 650 seat House of Commons. Either Labour or the Conservatives could be the largest party after the next election. Both main parties have lost support to smaller parties, while the Liberal Democrats the centre party currently in coalition with the Conservatives have slumped in the polls and are focusing on holding on to as many of their current 57 seats as possible. This is one of the most unpredictable elections in recent history.

The British mass media writes that it will be for the first time, that neither Tories nor the Labourites will be able to form the parliamentary majority. As both UKIP and the Scottish Independence Party (SIP) claimed they would not enter the coalition with none of them, unless their demands are met. The Parliament will be "very unsustainable" and "unviable". What does it mean for Great Britain?

What happens after the election is of key interest. There is currently much speculation regarding the role of the Scottish Nationalist Party (SNP). The SNP is currently gaining ground in Scotland at Labour's expense - this may counter act gains Labour may make in England. If labour become the largest party but do not gain a majority of seats the party will need to work with other parties such as the Liberal Democrats or SNP to govern as a minority government. Labour could also enter into a formal coalition after the election - though this is unlikely. Minority governments are not automatically unstable as agreement on confidence (to ensure the government survives) and supply (to ensure budgets get passed) can be achieved. However as with 1974, a second election may be an option.

The British experts say that UKIP will not be able to turn their popularity into mandates for this time. Do you agree? Why?

UKIP is currently polling around 15 per cent of popular vote, but support is spread and unlikely to transfer into more than 7 or 8 seats due to the First Past the Post voting system.

Cameron tried to reach an agreement with the nationalists, having promised them a referendum on Great Britain exit from the EU this year, in case he is reelected. Will Cameron go the length of the coalition with the UKIP?

If the Conservatives become the largest party, David Cameron is very unlikely to form a coalition with UKIP. The Conservatives are committed to holding a referendum on Britain's membership of the EU by 2017.