World's oldest escalators have recently been removed from Baumanskaya station of the Moscow Metro (subway) as part of repairs. The escalators were installed at the station 71 years ago - in 1944. 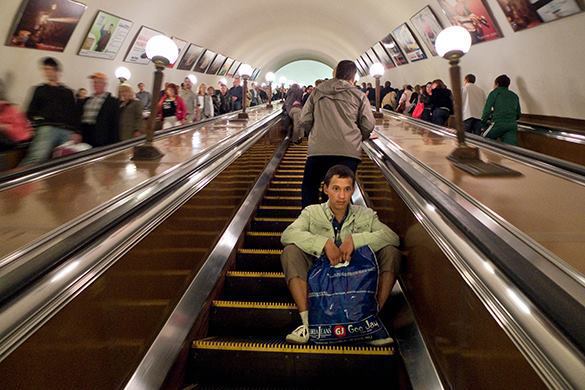 Baumanskaya metro station was closed for reconstruction on February 8, 2015. The works to repair the station will last for eleven months. It is planned to install new pay-gates, build new ticket offices, etc. The administration of the Moscow Metro promised that the historical appearance of the Baumanskaya station would not be altered, Pravda.Ru reports.