A revolutionary test developed by British scientists will allow human embryos to be screened for thousands of genetic mutations before implantation. 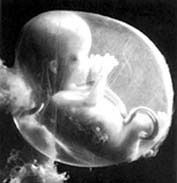 Known as pre-implantation genetic haplotyping, the technique dramatically reduces the risk of passing on inherited diseases, according to a report Monday in The London Times.

Current methods permit screening for about 200 inherited defects but the new procedure developed at Guy`s and St Thomas` Hospital in London will work for thousands of heritable conditions, most of which are too rare or complicated to be pinpointed by existing means, reports Monsters and Critics.

It will allow doctors to test for a vast array of inherited diseases for which the specific genetic mutation is not known, such as Duchenne's muscular dystrophy (DMD) and some forms of cystic fibrosis.

Using the technique, doctors can examine every embryo created for a couple through IVF and determine whether each is healthy and unaffected, a carrier of the disease, or destined to develop the full-blown medical condition.

Such detailed knowledge will lead to a radical shift in the way couples at risk of passing on certain diseases are treated.

Some inherited conditions, known as x-linked diseases, are passed on only to boys, but because the mutations that cause the diseases are unknown, clinics can screen them out only by discarding every male embryo created, even if only half are affected.

The new test will allow doctors to see which male embryos are free of the disease-causing mutation, so fewer embryos will be wasted.

In some cases, the test will allow doctors the controversial option of asking couples to choose the sex of the embryos that are transplanted. "This is a big, big change in what we are going to be able to do. It changes everything," said Professor Peter Braude of King's College London, who was involved in the research, reports Th Age.

According to Irish Health, however the scientists believe that PGH will allow more conditions to be diagnosed more accurately.

"PGH has revolutionised the service we can now offer. It puts together two technologies which have been used before, but it is the combination of these that has made the major difference. We are thrilled to have developed this technology as it opens up new possibilities to a number of couples who are at risk of conceiving a child with a serious genetic disorder", explained Alison Lashwood, a consultant nurse in genetics who worked with the team that developed PGH.

She described the development of PGD in the early 1990s as 'groundbreaking'.

"Since then, it has helped many couples in the UK and Ireland who were at risk of having a child with a serious genetic disorder. The development of PGH takes PGD to a whole new level, allowing us to help even more couples have unaffected babies", Ms Lashwood added.