Our Sun may superflare, causing destruction on Earth

The Sun may produce a superflare that may lead to destructive consequences for planet Earth, astronomers say. 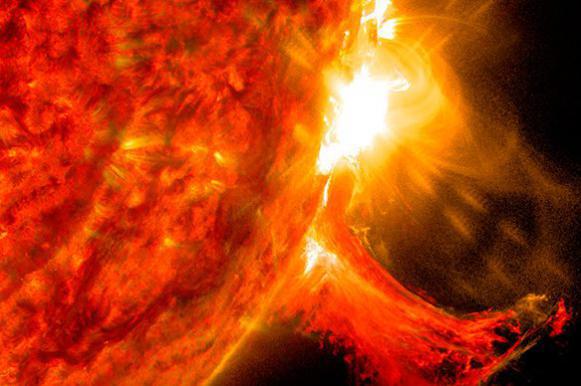 Scientists made the conclusion after they discovered a star similar to our sun.

Double Star KIC9655129, discovered in the Milky Way galaxy with the help of Kepler telescope, produces super flares the energy of which strikes imagination. Superflares are thousands of times more powerful than those ever recorded on the Sun, the researchers note. A common solar flare can be equivalent to an explosion of a 100 million megaton bomb. A superflare on the Sun could release energy equivalent to a billion megaton bomb.

"If the Sun were to produce a superflare it would be disastrous for life on Earth; our GPS and radio communication systems could be severely disrupted and there could be large scale power blackouts as a result of strong electrical currents being induced in power grids," Chloë Pugh from the University of Warwick's Centre for Fusion, Space and Astrophysics said.