An embarrassing situation occurred during a conference call held by President Putin's press secretary Dmitry Peskov with journalists. One of the questions was about Donald Trump's meeting with Russian President Vladimir Putin. Peskov said that the meeting was not being planned. A BBC reporter asked a clarifying question, complaining that he did not understand the answer, since he was not a native speaker. 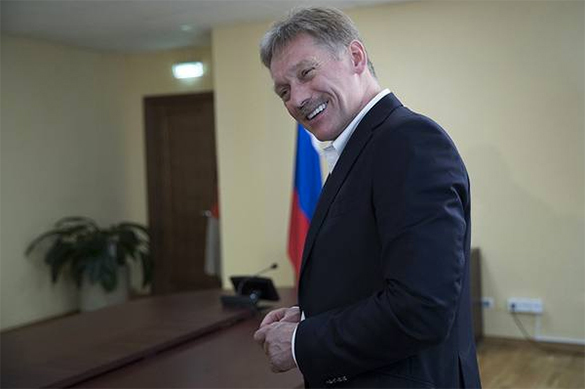 "You said that the meeting between Putin and Trump in Europe "is not being planned," but does it mean that the possibility of such a meeting is "excluded?" the report asked Peskov speaking in Russian.

In response, Peskov joked that although he was a native speaker of Russian, but he did not understand the question and suggested switching to English.

"If you are not planning something, then you would better exclude the possibility of something," Peskov told the reporter.

It is believed that presidents of Russia and the US Vladimir Putin and Donald Trump may meet for the first time in Hamburg in July, within the scope of the G20 summit. Both Russia and the USA are expecting the meeting to take place, but there are no specific agreements on the matter yet.