The Engineering Center of Russia's Samara region has designed a prototype of an ultra-light reconnaissance UAV that weighs only 600 grams. It will be possible to launch the drone by tossing it in the air. 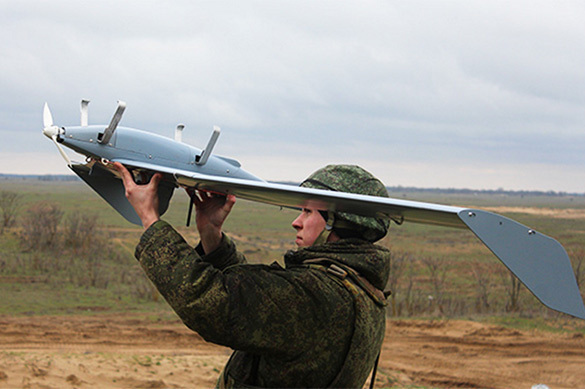 "The Engineering Center of the Samara region has developed a prototype of a special reconnaissance vehicle on the basis of a new small-sized vertical take-off and landing UAV. Launching the UAV is possible either by hand or from the ground. The vehicle can be operated in three flight modes - manual, semi-automatic and automatic modes," a source at the military-industrial complex told RIA Novosti.

The new UAV is designed for tactical reconnaissance activities and can be used by military units in open countryside, in an urban environment, as well as inside buildings.

The maximum flight duration of the UAV is 15 minutes; the action range makes up 1,200 meters.

Earlier, it was reported that Russian engineers designed the first prototype of a high-speed reconnaissance drone capable of developing the speed of up to 800 km/h, TASS reported with reference to a source in the Russian military-industrial complex. Reportedly, the new drone has a jet engine and can overcome uneven terrain at low altitudes.