Syria's largest dam collapses partially as a result of fighting 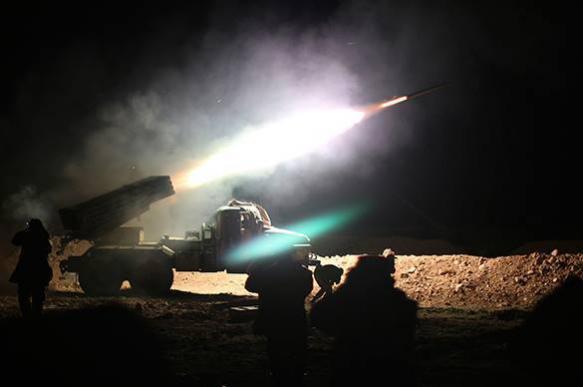 Syria's largest dam that contains the nation's largest water reservoir has partially collapsed as a result of hostilities in the vicinity of the city of Raqqa, RIA Novosti reports.

The hydroelectric power plant on Tabqa dam has stopped working after the control unit of the station was damaged as a result of either artillery shelling or air raids, Al-Mayadin TV channel reports.

Units of Democratic Forces of Syria do not hurry to storm the hydroelectric station on the Euphrates River, as terrorists may completely destroy the dam.

Arab-Kurdish formations of democratic forces of Syria, supported by the US-led international coalition continue the offensive on Raqqa. According to various estimates, there are up to 4,000 terrorists in Raqqa.