An awkward fire has taken place today at one of the petrol stations in Detroit. 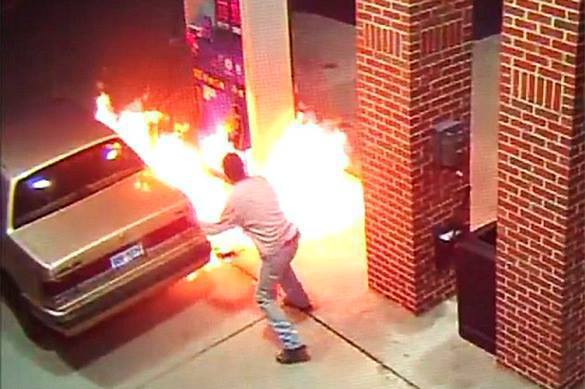 The car owner came to fill up, when saw a small spider just on his car and got extremely frightened, as he admitted later.

However, instead of flicking away a small creature, the American set it on fire with a lighter. Thus, the fire spread from the car to dispenser pumps and threatened to develop into a conflagration.

Employe of the station Susan Adams, managed to switch the petrol and gas supply at once. Then she called the fire brigade.

However, apology for a driver succeeded in extinguishing the fire by himself before their arrival due to a fire-extinguisher in his boot.

The man had no scruples about coming to the station the next day, and admitted that he fears spiders to death, and undertook such actions as he was taken aback. He apologized to employees of the petrol station for the incident.

Pravda.Ru reported that a flight had been recently canceled in the US because of a tarantula found in the luggage hold.