The passenger train smashed a minibus packed with 60 people

At least 22 people were killed and many others wounded when a passenger train collided with a minibus in the Krasnodar region of Russia. The tragedy took place in the morning of January 13 at an unsupervised railway crossings. Sources from the regional department of the Russian EMERCOM say that a small bus was reportedly packed with 60 people, workers of a local enterprise. 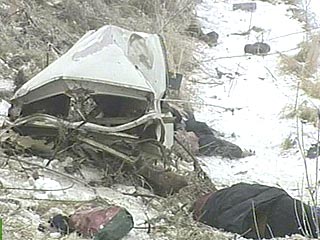 Rescuers continue their activities on the site of the tragedy. Fragments of the smashed minibus were scattered 100 meters around the site of the collision. The driver of the bus was also killed in the accident. None of the train passengers were injured, news agencies report.

The regional Office of the Public Prosecutor filed a criminal case on the fact of the collision. Investigators believe that the accident occurred as a result of the train derailment. Most likely, however, the collision took place because of the bus driver, who broke the traffic rules and decided to cross the railway ahead of the approaching train. It is not ruled out that the driver did not see the light signals because of thick fog.