The defense of the parents of a five-month-old girl, convicted of trafficking underage individuals for the purpose of selling their internal organs and organizing illegal adoption of Russian children, appealed the sentence of the Central Court of Novosibirsk (Siberia). According to the materials of the case, Igor Lesnikh and Olga Yamshininova sold their little daughter for more than 250,000 rubles (about $9,000). 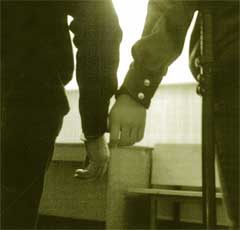 The local police traced the two criminals in July of the current year. Two police officers, disguised as a family couple, established a contact with the potential sellers. They won Igor and Olga's favor and agreed to buy Olga's baby, which she was about to deliver (the woman was staying in a maternity hospital).

When a police officer was negotiating the details of the deal, he told the seller that the baby's kidney would be transplanted to another child. Olga and Igor's marriage was not officially registered, so it was easier for a buyer to become the new father of the baby, if the biological mother refused to take care of the child.

Igor Lesnikh and his “customers” took Olga Yamshininova away from the hospital on August 2. When doctors concluded that the baby-girl was healthy, the officers handed over the required sum to the sellers and then showed them the police IDs.

When the criminals were put on trial, Igor Lesnikh stated that he decided to sell the baby to pay the debt to a local criminal group. The man said that his concubine was a manager in a cafe, the debts of which she was forced to pay. “I have neither killed nor robbed anyone,” the man said.

The Central Court of Novosibirsk found Igor and Olga guilty of the crime: the man was sentenced to five years in jail, while the woman was ordered to pay a $950 fine (30,000 rubles). The lawyers of the convicted believed that the court issued an unfair verdict and decided to appeal the decision at the regional court.