The state of emergency occurred because of violation of security rules

An explosion ripped through a smelter on the territory of the second power-generating unit of the nuclear power plant in St.Petersburg. The radioactive background on the Leningrad nuclear power plant does not exceed the normal level, a spokesman for the press service of Rosenergoatom said Friday. 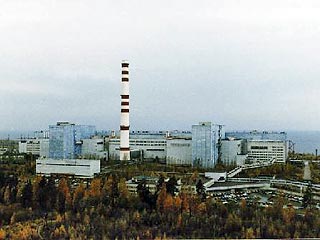 ”The radiation background does not exceed 16 microroentgen/hr, which corresponds to the normal work of the reactor,” RIA Novosti quoted the official as saying.

”An explosion of the smelter occurred on the territory of the second power-generating unit of the Leningrad nuclear power plant at 3:00 a.m. on December 15. Three people were injured as a result of the explosion,” the official said.

The second unit of the nuclear power plant was shut down for capital repairs in July of the current year and remained inactive up until the moment of the explosion.

According to the information received from the government of the Leningrad region, the state of emergency occurred because of violation of security rules. The official report from the press service of the regional government said that the explosion splashed out the smelted metal from the smelter. As a result, three workers suffered from severe burns.

Violations of safety levels, the report said, made a certain amount of air penetrate inside the equipment. The air subsequently caused the explosion, which splashed the liquid metal out of the oven. “The incident was caused because of violation of safety rules, the absence of up-to-date individual protection means, as well as the lack of qualified personnel,” the document runs.

According to the administrator of the ecological monitoring committee for natural resources and environmental protection of the Leningrad region, Dmitry Delarov, ecological services keep the situation under strict control.”