The explosion reportedly killed two people, but the number of victims is expected to grow 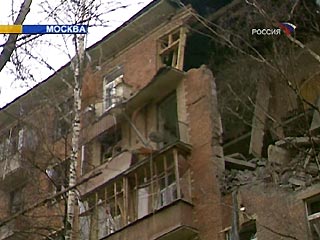 A powerful explosion sounded in an apartment building in the north-west of Moscow at about 9 a.m. today. The blast took place in the seven-storied building, at the third or the fourth storey. All tenants living in the apartment block have been urgently evacuated. The people had time to take along only warm clothes, money and documents. Judging upon the explosion-caused destruction, the building is not to be recreated.

The powerful blast blew out windowpanes in the entire apartment building and affected other buildings nearby. The tenants said that the people living in apt.16 hired a brigade of workers to repair their apartment. The workers, the people said, were celebrating something several hours before the explosions. It is not ruled out that the blast occurred because of their carelessness.

Two people have been reportedly killed with the explosion. One adult and one child 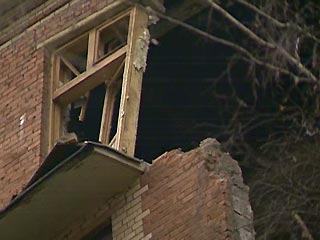 have been hospitalized in severe condition. Rescuers say that the number of victims will most likely grow when they search for the bodies buried under the debris.

Most likely, the explosion occurred because of gas escape. The tenants said, however, that none of them could smell gas in the area of the blast.

The apartment block affected with the explosion was built in 1958. There are 66 apartments in the building, in which 179 people are officially registered.