The West Caribbean Airways airliner was flying from Panama to Martinique, but crashed in the Sierra de Perija Mountains

The crash of a Colombian plane in a Venezuelan mountain chain left no survivors, as was officially reported on Tuesday. The West Caribbean Airways' McDonnell Douglas MD-80 jet was flying from Panama to Martinique in the French West Indies when fell near the Sierra de Perija Mountains killing all the 152 on board. 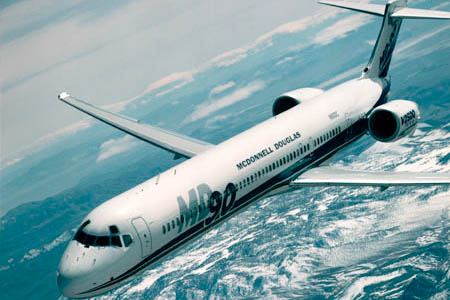 Colombian civil aviation officials in Bogota said the jet had made a distress call at around 2:00 am (0700 GMT), to finally crash between 3:00 am and 3:45 am (0800-0845 GMT), after taking off from Tocumen International Airport in Panama. The jet came down in the mountains between the towns of La Cucharita and La Negra. The minister said the Venezuelan air force has flown over the region and "we believe it will be difficult to find survivors."

Colombian officials later reported that no survivors were found. Official sources said that the pilot had reported engine trouble and that the plane was losing height at about 7,000 feet (2,100 metres) a minute.

As the Martinique Island is a world famous resort, it is expected that tourists from other nations will be reported dead during the day. However, authorities failed to provide with the names of the killed.

West Caribbean was set up only five years ago to provide low-cost flights within Colombia and to the Caribbean region.

It is noteworthy that a plane of the same airline crashed in Columbia in March of 2005 during the take-off, killing eight and injuring six. A battle plane crashed in Venezuela in August 2004: 25 people were killed in the accident.