Jean Charles de Menezes, 27, a legal Brazilian immigrant, who had spent three years of his five-year visa working in London as an electrician, is today a tearful memory in the hearts and minds of his family back home in Minas Gerais, in the center-south of Brazil. He was shot five times in the head at point-blank range while lying unarmed and defenceless on the floor of a London tube train. 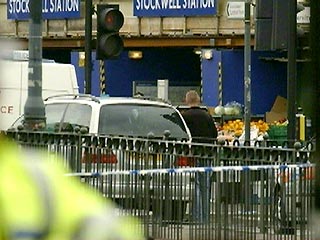 To call this wanton act of murder a “tragic mistake” or to “apologise most deeply” does not bring Jean Charles back. However, this horrific act of state terrorism serves as an example of where we are going wrong in our fight against Islamist terrorism.

Nevertheless, the fact remains that due to the insensitive reaction of a handful of countries in the most sensitive of situations in recent history, we have reached a status quo in which a young man cannot run through a London street without being hunted down and murdered at close range with five bullets to the head.

Police special forces were conducting an operation in the building where Jean Charles lived in Tulse Hill, Brixton. Jean Charles left his home to go to work and his appearance as a male whose skin was not milky white, aroused the suspicions of the plain clothes police surveillance team.

Dark skin, eh? The hunt was on

Jean Charles perhaps sensed that a group of burly men was following him. Possibly he found this strange. He perhaps quickened the pace of his steps. They responded. He perhaps quickened his pace further, and noticed they did the same, concentrating on him, with hostile expressions on their faces. At this moment, it is hardly surprising that Jean Charles believed he was being followed, maybe by a gang, panicked and fled.

The hunt ended with five bullets slamming into his skull, from close range, by this mysterious group of armed, plain-clothes police officers. He was lying on the floor, defenceless, and unarmed.

The conclusion is that nowadays a young man who does not have blond hair and blue eyes cannot run in a London street, because he might be a terrorist. The conclusion is that this type of Bush-style, swashbuckling, knee-jerk reflex action, of the type “If you are not with us you are against us” or “If you are not white you are a potential terrorist” or “If you are running, you are fleeing the police” goes in line with the puerile argument that Esmeralda is a duck, all ducks can fly, therefore Esmeralda can fly.

At the most sensitive of times in recent history, when Islamist extremists think nothing of blasting civilian men, women and children, into pieces, a handful of nations, led by (who else?) Washington, decided to stage an illegal act of butchery in Iraq, murdering or being associated with the murders of between 75,000 and 100,000 people and sending the country back a hundred years in terms of social development. 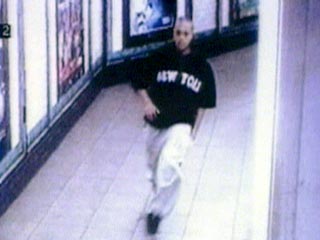 Well, what an intelligent way to react. What happened in London on 7th July was a direct consequence of London's decision to take part in this act of butchery, which opened the floodgates for acts of murder in supposed retaliation. What, after all, is the difference between an Iraqi boy having his limbs blasted off him by a callous pilot winning hearts and minds by shock and awe tactics and a boy in London being murdered by a deranged fanatic who has been brainwashed into believing that nonsense about seventy virgins?

What happened in London on 21st July to Jean Charles was far more than a tragedy, a mistake or an accident. It was a direct result of the criminal association between a well-meaning London and a Washington gripped by a neo-conservative, crypto-fascist elitist clique of monetarist capitalists whose obsession with the bottom line is greater than their concern for human life.

Jean Charles is an innocent victim of the ugly result of this association, namely a more dangerous world in which human rights are a thing of the past. George Orwell's 1984 is here, alive and kicking, in Washington and London.

(He shouldn't have been running)