Fifty-five people have been infected with deadly human immunodeficiency virus in Kazakhstan. Four of the infected children have already deceased; two adults have been tested HIV-positive too. The incident happened in the south of Kazakhstan (a republic of the former Soviet Union). Kazakh Healthcare Minister Erbolat Dosayev and regional governor Bolat Jilkishiyev have been dismissed from their positions in connection with the above-mentioned events. 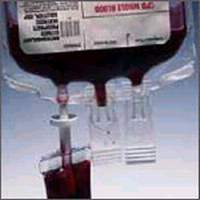 Deputy Secretary of the Security Council of Kazakhstan, Nurlan Abdirov, said that Kazakh President Nursultan Nazarbayev took the investigation of the incident under his personal control.

Most likely, the children were infected with the deadly virus during blood transfusion operations. Medics have not been able to examine all the blood donors yet who participated in the procedures. Prosecutors say that police officers continue to investigate the reasons of the massive HIV infection in the south of Kazakhstan. They particularly work with such versions as the transfusion of HIV-positive blood, the use of non-sterile medical tools and others.

The Sanitary Control Department of Kazakhstan’s South ordered all hospitals to stop using non-expendable catheter needles and other tools in order not to spread the HIV infection in the region. The work of the regional donor blood center has been suspended as well.