Young Russian woman likely to be jailed for being raped

Trying to defend herself against the rapist, the girl incidentally killed the assaulter

A Moscow court is to bring down a sentence on Alexandra Ivannikova today. The woman has been charged with murder committed in the state of temporarily insanity over violence on the part of the victim. No reporters were allowed to the court session: the judge decided not to expose the intimate life of the victim. 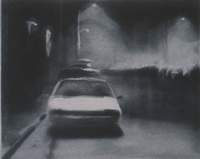 Young Muscovite, Alexandra Ivannikova, was returning home late at night on 8 December 2003. The woman quarreled with her husband that day and went to one of Moscow's parks to calm down and think about her family life. On her way home, the woman decided to flag down a car. The first driver was able to take the woman home only halfway. Alexandra Ivannikova had to stop another car. Instead of taking the woman to her address, the young driver, named only as Sergei B., stopped the car in a dark side street and asked the woman to perform oral sex on him. When the woman refused and tried to step out of the car, the driver started threatening her. Sergei blocked the door and said that he would take her to her friends, who would do anything they wanted to her and that she would never be found anywhere afterwards.

The driver was trying to force the girl to oral sex, but she was fighting. When Alexandra said “Wait” and reached out to her purse, Sergei loosened the grip: the young man apparently thought that the girl wanted to take a condom. The girl pulled out a small kitchen knife and stabbed the man in his leg. The blade went into the femoral artery and caused profuse bleeding. Alexandra opened the door of the car and escaped. The girl was running along the street screaming that she had killed a man.

Sergei B. died from loss of blood. Police officers and doctors, who arrived to the crime scene, testified to the court that the car was found with its engine running, the driver's door was blocked, whereas the driver himself was sitting in the car with his trousers and underwear pulled down. Independent expert confirmed Alexandra Ivannikova's testimony about the details of the wounding. The expert said that the girl had stabbed the driver without applying considerable physical strength. The defendant, therefore, did not have an intention to kill the young man – it was an act of self-defense.

It is noteworthy that the defendant has a baby. This fact might help extenuate the sentence.