Another Chikatilo who killed 66 people arrested in Moscow

Chikatilo, the most notorious serial killer, killed 53 people. However, Alexander P., a 32-year-old Muscovite, has beaten Chikatio’s “black record.” He has killed at least 66 people. When detained after his last crime he told the police stories of all his previous crimes that happened in Bitsev park in the south of Moscow. His words shocked the police. 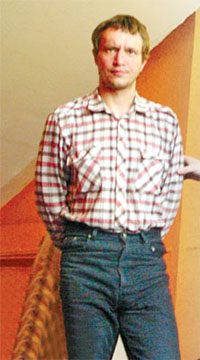 Another Chikatilo who killed 66 people arrested in Moscow

When Alexander told the police that he had killed 14 people in Bitsev park they didn’t believe him. Firstly they thought that he was telling the story against himself but then he told them the place of his another crime and they found a skull there.

Alexander spoke in detail about his 52 murders. All of them were of the same scenario: he approached his victims from behind and attacked people with an iron bar. He liked to listen to the sound of crashing skull bone and see the agony of his victims.

According to Alexander’s neighbors he was a quiet man, but then he changed completely.

“He would leave his flat every morning and come back only in the evening. He was as drunk as a fish and fell down near his door” – says Lubov Volkov, one of his neighbors.

Alexander’s father left the family when his son was only 9 months old. Alexander was brought up by his mother and grandfather.

“I grew up together with Alexander. We had common friends and spent a lot of time together. Once when we were 15 years old the boys beat him and after that he became withdrawn and aloof,” – says Lubov Volkov’s son.

Neighbors couldn’t even imagine that Alexander is accessorial to the most violent recent crimes. Now they are raving that the death penalty is canceled.

Alexander’s mother refuses to comment. She cries and tells neighbors that her son is innocent.

Michail Vinogradov, psychiatrist and criminal law expert, says that Alexander most probably has serious problems with psyche. Perhaps, he has an early stage of schizophrenia. During most tender, fragile period of his life, when he was 15, he became very lonesome. He can’t interact with women. He wants them but is afraid of them. Alexander had no friends and his relationship with relatives was also far from being perfect. All these factors made him hate the society and violate all of its norms and laws.

Alexander has been drinking for a long time. Alcohol helped him forget his failures. But when he was sober he felt much lonelier staying alone together with his fears. It is very difficult for such a man to assert himself. The crimes that he has committed made him feel more confident. The more he was killing the more confident he was growing of his future crimes. When he was committing the crimes he was gaining sexual satisfaction from them too.