Daughter bites off her mother's ear 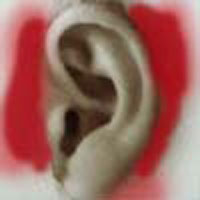 Blood was spilled when a mother and her daughter fell out in a village near Moscow. The daughter jumped her mother and bit off her ear.

The incident occurred at night in an apartment that was quite infamous among the local residents. Three women shared the apartment. Elena, 31, her 9-year-old daughter, and her mother Valentina, 52. Elena and Valentina liked drinking and noisy meaningless arguing. Sometimes neighbors had to call the police.

Elena and her little daughter recently went to a barbecue party. When she came back home, she was apparently under the influence. At the kitchen she saw her mother, and the latter reportedly had had a few drinks too. Soon an argument arose out of nothing.

At one point Elena went out of hand and bit her mother's ear off. The mother fled the apartment bleeding and cursing. She stumbled to the police and reported the case. When the police arrived, they found the troublemaker asleep on a couch. She did not like the rude awakening and promptly attacked the cops.

As a result, one of the cops got his neck scratched and the other one's uniform was damaged. The police had to use force to restrain the violent drunk.