The Simpsons cartoon series goes on trial in Russia

The claimant says that the cartoon is filled with propaganda of violence, drugs and sex

One of Moscow's district courts starts hearing the lawsuit, which Muscovite Igor Smykov filed against the Ren TV Russian television company almost three years ago. The lawsuit was filed on the allegation that “The Simpsons” and “Family Guy” cartoons, which the company regularly airs, bring psychological harm to children and their parents. The claimant demands the TV company should exclude the above-mentioned cartoons from its schedule and pay 300,000 rubles of moral damage compensation. Igor Smykov believes that the two cartoon series propagandize violence, brutality, drugs and the cult of sex. 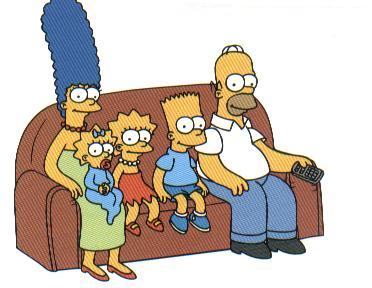 ”My son started watching the cartoons when he was six. My wife and me noticed soon that the boy's behavior became rather inadequate. The manner of his speech changed for the worse as well. To be honest, we punished our son several times for behaving like that. However, we soon found out that the boy was simply trying to imitate the cartoon characters. As a result, the child found himself in a stressful situation: he does not understand what he is punished for, for he simply tries to copy adult men and women that he sees on TV,” the claimant told the Izvestia newspaper before the court hearings started.

Igor Smykov believes that “The Simpsons” and “Family Guy” cartoons present a grotesque image of a family. Parents are portrayed as mentally retarded individuals there, whereas their children resemble ugly idiots. Being a legal expert himself, Igor Smykov classified the activity of the above-mentioned television company as interference in private family life. The claimant's writ contains references to the Constitution of the Russian Federation, the Law about Media and the Law about Basic Guarantees for Children's Rights.

Igor Smykov had to update his lawsuit, though. It became known that the television company Ren TV could not act as a defendant on trial, because it did not own the broadcasting right. The claims have been readdressed to the company's division – Akcept Ren TV.

The claimant's lawyer, Larisa Pavlova, quoted phrases of several characters from the cartoon series: “Where's our son? He is dealing drugs.” “Hello, you sweet legs, breasts and buttocks.” “We have guests, one of them is a homosexual.” I love cocaine, I go crazy for cocaine.” “My penis should get on stage.”

Natalia Markova, a specialist of the Institute for socio-economic problems of the population, conducted a psychological expertise within the scope of the litigation. The expert concluded that “The Simpsons” and “Family Guy” cartoons were abundant with the propaganda of violence. “The cartoons can cause severe damage to the psychological, spiritual and moral health of an individual, especially to children of pre-school age,” Natalia Markova said.

In addition to the psychological expertise, there was another research presented to the judges yesterday. The Federal service for drug control found vestiges of propaganda of drugs in the cartoons.

Deputies of the Russian parliament expressed their negative opinions about “The Simpsons” on March 18th. Elena Afanasyeva from the Liberal and Democratic Party of Russia said the Duma's committee for informational policy should ask the Ministry for Culture to prepare a report regarding the broadcast of cartoons on several channels of the Russian television. One should pay special attention to “The Simpsons” and “Family Guy” cartoon series, the deputy added. Elena Afanasyeva believes that those cartoons are filled with episodes of violence and aggression.

Ren TV's director, Irena Lesnevskaya, stated that the legal process was ridiculous and absurd: “The Simpsons” enjoy worldwide recognition. Most famous actors, even one of American ex-presidents rendered their voices to the characters of the cartoon. Any channel will consider it an honor to broadcast such a product,” said she.

“There is no more “Family Guy” on our television, but “The Simpsons” are still on. Furthermore, the TV company has recently signed a new contract to air the series during the current year. I would withdraw my lawsuit, if they stopped showing these filthy cartoons,” claimant Igor Smykov said.

”The Simpsons” cartoon series can boast of 14 years of successful history; it often enters the list of most viewed 25 TV programs. The series has earned numerous awards and even a star of fame in Hollywood. In the USA, “The Simpsons” cartoon is perceived as a parody for the life of an average American family.