A tosa-inu dog has recently killed an eight-year-old girl in Moscow. The girl, named as Dasha Kuropatkina, was a second-grade pupil. The incident took place last week on Tuesday night in the flat, where the child lived, Itar Tass reported. 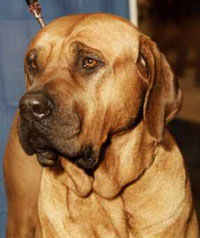 The girl was hospitalized after the dog’s attack. Doctors took all necessary life-saving efforts, but the child died of numerous wounds two hours later.

Tosa-inu appeared in Japan at the end of the 19th century by interbreeding local akita dogs with bull terriers, bulldogs, German dogs and mastiffs. Tosa-inu is also known as the dog of the Samurais. It is a very strong animal weighing up to 90 kilograms. The breed is quite rare: there are some 100 tosa-inus in Russia, and only 30 of them in Moscow. The price of a tosa-inu puppy fluctuates between 1,000-15,000 US dollars.

Many countries practice certain restrictions for those owning fight dogs. Such breeds include bull terriers, boxer dogs, German shepherds, Staffordshire terriers, Argentine dogs and some others. People all over the world finally begin to realize that owning such a dog can be compared to owning a weapon.

The authorities of New Zealand had to take similar measures in 1997 after a series of accidents in the country. Pit bull terriers, Brazilian Filas and some other dogs of the dangerous breeds had to be exterminated all across New Zealand.

France banned fighting dogs in 2001 and ordered to sterilize all pit bull terriers in the country. All fighting dogs were banned in Great Britain in 1991. However, the British do not categorize pit bulls as fight dogs: the lethal breed continues to prosper there.

Specialists say that fighting dogs were named so because of their instinct to attack other animals, but not humans (if dogs are raised and trained properly, of course). Cynologists say that the majority of such dogs show no aggression to people. “It could be a mistake that the dog owners made when they were training their dog. A dog can try and take the position of the leader in the house. If it happens, the master must cease such attempts. If people do nothing then the animal may think of itself as the leader and fight those who disobey. This is probably what happened in the family of the killed little girl,” cynologist Tamara Bolshakova said.

When tosa-inu dog killed Dasha Kuropatkina (8), the girl’s sister took the killer dog to the outskirts of Moscow and let the animal out. The big homeless dog started scaring local residents. The police have been trying to catch the ownerless dog but the animal does not let anyone approach it.

“I want this dog to die but others from our family want it to live,” Alexandra Kuropatkina, the elder sister of the killed little girl said.

Meanwhile, more than a dozen of dead dogs have been found recently on the outskirts of Moscow. It is not ruled out that the people started shooting all stray hoping that the killer dog will be among them.