Gusinsky and Nevzlin could be tried for fraud in Israel

The Israeli police believe that the former Russian oligarch Vladimir Gusinsky who presently lives in Israel could be involved in the biggest bank fraud ever happened in Israel. The police conducted a series of searches in Mr.Gusinsky's offices and seized a number of documents. 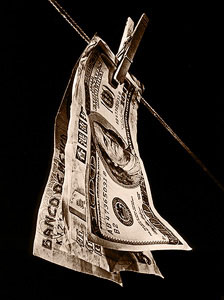 The searches were part of the ongoing investigation of a large-scale money laundering committed by a bank Apoalim. According to The Haaretz, Mr. Gusinsky and some of his business partners will be soon questioned by the police about issues relating to a massive fraud that is worth at least one billion shekels.

The Haaretz reports that the police also suspect Apoalim employees of their involvement in the money laundering. A few employees of the Tel Aviv branch of the bank were already detained and questioned. More then 200 customers of the bank were also questioned. The police believe that the money laundering is the biggest bank fraud in the history of Israel.

At the Tel Aviv Stock Exchange the shares of Apoalim plummeted due to the police investigation.

Leonid Nevzlin, one of the co-owners of Yukos, is also under investigation. He already said he was ready to extend his full cooperation to the police.