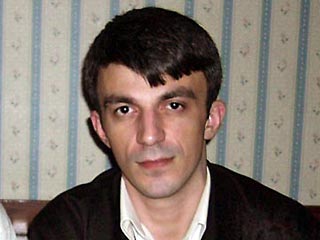 Warlord Abdul Khalim Saidullaev is the chairman of the Chechen Shariat court. Khalim was virtually Maskhadov's first deputy on the position. Abdul Khalim is an ethnic Chechen; he is the leader of one of radical Jamaat terrorist movements. Saidullaev was also involved in training suicide terrorists. He is also known for organizing the kidnapping of Kenneth Gluck, the head of the international humanitarian mission Doctors Without Borders (Medecins Sans Frontieres). Chechen mufti, Akhmad Shamayev, believes that terrorists' new leader is extremist number one in Chechnya, Itar-Tass reports.

”We have never known that person close. We only know that he was a mufti of Maskhadov and then he chaired the so-called council of the elders, which automatically made him the chairman of the Shariat court too,” the Chechen mufti said.

Sheikh Abdul Khalim is reportedly in his thirties. He has never received a special spiritual education. According to Shamayev, Saidulaev is one of the most extremist persons amid illegal armed groups in Chechnya. He propagandizes the idea of creating a Shariat state in Chechnya and in the Northern Caucasus, the Islamic Caliphate.

However, the head of the Chechen State Council, Taus Jabrailov, believes that Abdul Khalim does not exist at all. “I stay here in Chechnya all the time. I know the situation in the republic perfectly, and I can say that this name does not tell me anything,” Jabrailov said. “Even if he exists, Basayev will most likely use him as a marionette,” the official added.

It is noteworthy that Basayev has vowed fidelity to Abdul Khalim.

In the meantime, the son of the killed Chechen leader, Anzor Maskhadov, has already expressed his wish to continue his father's work. “That statement does not mean anything at all,” Taus Jabrailov said. “Anzor Maskhadov left to Malaysia many years ago. After that he was traveling all over the Middle East and other states situated not far from Russia. If he left his father during a hard and dangerous moment in his life, what can he be talking about now?” the head of the Chechen State Council said.

Twenty-nine-year-old Anzor Maskhadov said that he was determined to continue his father's action. “I am currently in contact with his representatives abroad,” said he. Maskhadov's son described his father's killing as a terrorist act that the Russian federal authorities schemed. “They wanted to take him alive. He let his bodyguards out of the bunker to avoid victims. Like any other Chechen, he was not going to yield,” Anzor Maskhadov said in the statement.